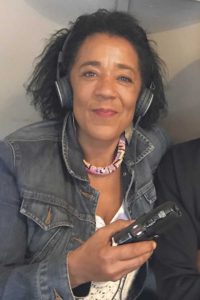 The number of women my age living in flat shares has risen by a phenomenal amount according to director Matt Hutchinson, director of property listing specialists SpareRoom.

Over the last five years the number of people in the 55 plus age group living in a flat share has risen over 343%. He told a journalist that “whether we like or not, we’re being forced to rethink our aspiration of home ownership as Britain moves towards becoming a nation of renters”.

I owned my own property and when I was made redundant my home became a burden that I just couldn’t deal with anymore.

I would have dreams that the roof had collapsed and water was pouring into my house. I would wake up drained and scared.

I was single and, for the first time in my life, I realised that I was competing with young people for jobs and, even though I’m a talented journalist with a gift for getting great interviews, I am supposedly too old to employ anymore.

Life is changing so fast for everyone; young people can’t afford to buy and older people are losing their homes at a frightening rate.

I worked for a charity for 15 years and, in that time, went from serving street drinkers and drug users who were the regulars, to then seeing eastern Europeans who had come to England to work and make a life but failing, and then British people who had actually lost their homes. One man who touched my heart had paid a mortgage for over 25 years but, like me, had lost his job and then the house.

I had always let a room in my house, so had knowledge of what is was like to let people into your home and knew that all types of people were looking for rooms, including the black people who would ring me and ask if it was OK because they were black and, lots of over-50s. To actually become a lodger was something I was soon to learn about.

I decided, after two years of struggling with trying to pay the mortgage on time and waking up feeling like the whole world was chasing me for money, to sell the bloody albatross of a house, pay back the mortgage and see where life would take me.

Suburbs not for me

I also decided that I didn’t want that traditional life of buying a cheaper home out of London. Living comfortably in the suburbs was not for me. I want to be free; I had children incredibly young and want to experience life, as I never have.

Well I can’t speak for other women over 55 who rent, but I blooming love it.

I put the house on the market and decided to move out while it was being sold. I just wanted rid of it. I don’t have the responsibility of paying all the bills, maintaining the home, or cleaning the whole house on my own.

After losing my job and coming scarily close to losing the family home that I had put so much into, I let my pride go and thought: “Hold on. You have many skills, stop being a snob and go and get a job”.

I got myself a job in a trendy restaurant as a chef, which paid the rent on my new room and gave me space to look for a job that suits my skills. It was lovely letting go and resetting the clock.

My goal actually is to live in a womanly utopia and share with other like-minded women who relish the thought of living together, letting go of the burden of mortgages and live like the people of mainland Europe who are life-long renters. 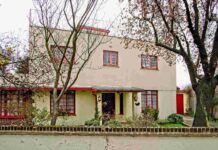