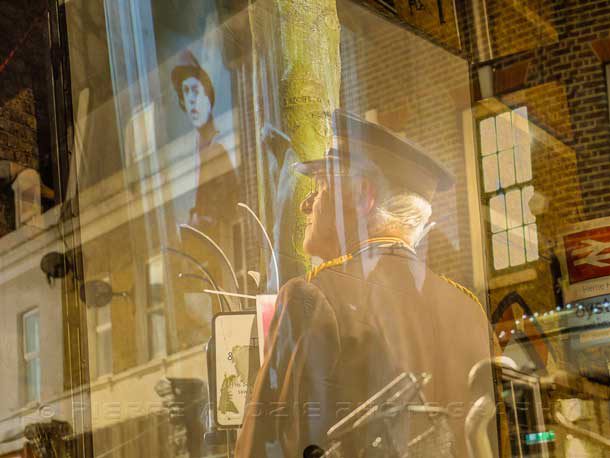 Festival volunteer Tim McInnes says the reasoning behind a Christmas festival was that although there are a lot of great Christmas films, “many of us have never seen them end-to-end, due to the usual Christmas interruptions. We’re hoping that our festival will solve this with a big screen and a bunch of great venues. It also gives us the chance to show people a few other great films they might not otherwise get the chance to see.”

Thoughts are already turning to May 2017 and a fifth birthday celebration. “It’s always a big surprise to us how few people we speak to in the area know about the May Festival, so we’re hoping that a smaller Christmas event will help spread the word a bit wider in preparation for a big birthday extravaganza next year.”

The team also hopes that encouraging the community to visit venues they might not otherwise see will build stronger ties in the neighbourhood.

One of the main issues with the May festival is the unpredictable British weather, which has ranged from scorchingly hot to downpours. The Christmas films are all being shown indoors, in venues like All Saints Church and the Lido Cafe. What is challenging is not knowing how popular they will be.

“What we don’t have, and won’t know if we are getting it until each screening, is an audience,” Tim says. “We don’t know if people’s usual Christmas activities will keep them away. We hope not, but this is the first one so there’s no way of knowing in advance!”

Keeping the festival free requires a lot of work by the team to drum up local support. It relies on public donations at each screening and support from local businesses including Pedder estate agents, Boki’s Hair and venues donating their space and time.

The full programme is here.