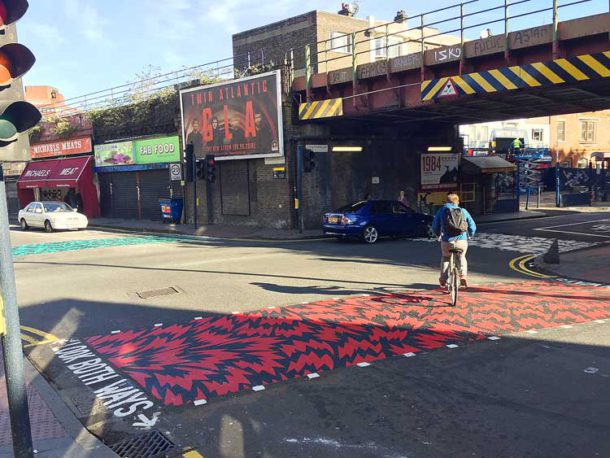 Brixton residents are more likely to say that their neighbourhood has improved than people in any other part of the borough of Lambeth, according to a council survey.

While just less than half (45%) of Brixton residents interviewed for Lambeth council’s annual survey of residents said that the neighbourhood had improved compared to two years ago, this was a higher proportion than in any other part of the borough.

About a quarter (26%) said the Brixton area had not changed; 11% said it was a worse place to live; 4% were don’t-knows and 14% said they had not lived in the area long enough to know.

However, 15% of Brixton residents said change in their area had made things more difficult for them and their family, compared to a borough average of 11%.

A total of 1,042 residents were interviewed face-to-face for the survey in May and June this year. 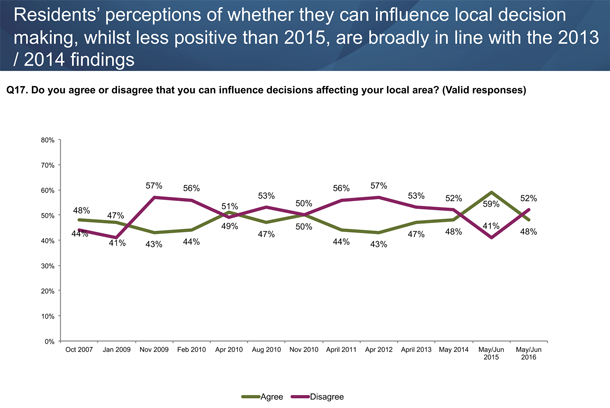 Compared to 2015, Lambeth residents in 2016 were less likely to agree when asked if they could influence local decision-making.

In Brixton 44 per cent agreed they could influence decision-making while 56% said they could not.

The report also includes the results of telephone polling by the Local Government Association in February this year.

This showed that, across the borough, “satisfaction with the way Lambeth council runs things” rose slightly to 72% compared to 69% last year.

The face to face interviews found that residents’ perceptions of how well informed they are about council services and benefits are at their highest ever level.

Public transport (23%) and clean streets (22%) were the two most important things that residents said made the borough a good place to live.

The top ten things that most needed improvement, according to the survey, are:

In Brixton the top four issues for improvement were

Asked what they would like Lambeth council to spend more on their local area if it had additional funding, residents said:

Schools and other education facilities (37%)

To provide an accurate as possible sample of interviewees, they were chosen to reflect gender, age and ethnicity at ward level, and type of housing tenure and working status at the borough-wide level. All quotas were based on 2011 census figures. The target number of interviews set on a ward basis was proportional to ward populations. Results are weighted to ward, gender, age, work status and ethnicity.

Full report on the resident survey.

Another Lambeth estate looks to its future