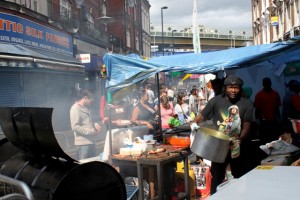 Brixton is gearing up for its annual street festival, Splash, which will overtake the town centre on Sunday.

Organisers today announced the final line-up of acts and details of an afterparty at Brixton Electric, Brixton Hill.

Splash founder, and record shop owner, Blacker Dread, will open the festival at midday on Sunday, and the mainstage will be hosted Asher Senator throughout the day.

This year Splash forms a double celebration as it coincides with Jamaica 50, the celebration of half a century of the island’s independence.

Senator said: “2012 has seen a massive surge in artists, both young and old, who are enthusiastic to get a performance time confirmed on the main stage at Brixton Splash.

“This year, the main stage will be blessed with young up and coming artists from the UK, veteran artists from JA and UK, live bands and also sections of acts that focus on Jamaica and its 50th anniversary.”

The children’s area will be opened by Lambeth youth mayor Samuel Davies at midday in the Peace Gardens. It will feature story telling, drum workshops, t-shirt printing as well as face-painting and inflatables.

The afterparty will take place at The Electric, and tickets, priced £10 are available from Blacker Dread’s record shop on Coldharbour Lane. Live music will be from Rico and Brixton Town Band, and will feature a screening of the Olympics 100m final at 10pm.

Revellers will then celebrate the 50th anniversary of Jamaican Independence from midnight. 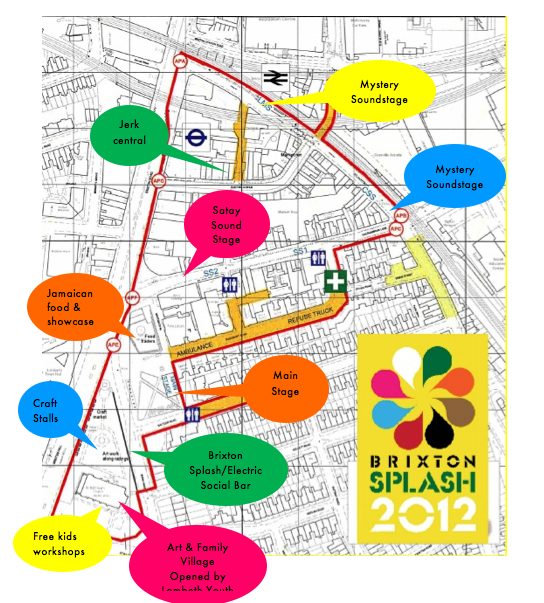