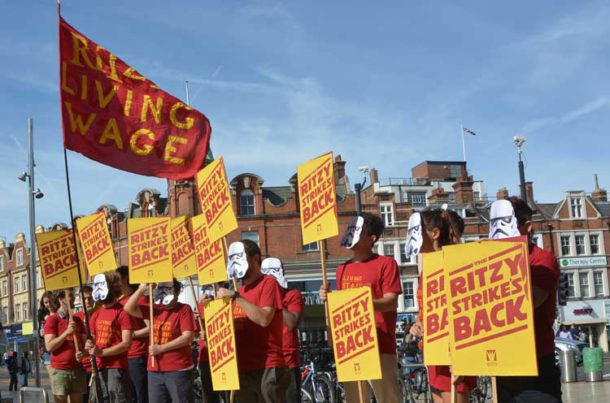 Ritzy cinema workers marked the first strike in their new campaign for fair pay today (24 September) with a stirring rendition of the Star Wars theme and a chorus of “Fair pay. When do we want it? Now”.

They were joined in Windrush Square by supporters anxiously consulting their mobiles for news of the Labour Party election.

The members of the trade union BECTU dismissed claims by their management that they are in a minority and breaking an agreement reached after strikes in 2014.

Branch secretary Nia Hughes said the 2014 agreement had set only a minimum wage and included plans for more negotiations this year, which managers had reneged on.

As for the strikers being in a minority, she said that 80% of Ritzy workers are members of BECTU and 93% of these had voted for action.