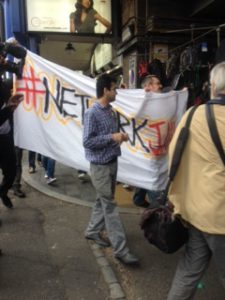 Despite a long  battle, and an unprecedented number of objections to Network Rail’s ultimately successful planning application, traders in the arches along Brixton Station Road and Atlantic Road were told to cease trading by today (19 September).

All current leases will be terminated and new leases drawn up that could eventually lead a threefold increase in rents for the traders.

Many businesses, including the Portuguese butchers O Talho on Atlantic Road, have already been forced to close.

Ray Murphy from Budget Carpets said that these longstanding businesses were being “backed into a corner” by Network Rail and Lambeth council. 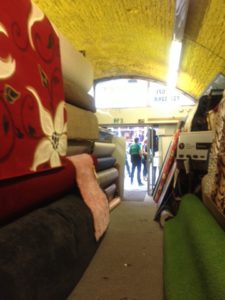 Budget Carpets, in Brixton for 25 years, has decided to remain open despite the consequences. Ray Murphy said that this will result in a withdrawal of discretionary compensation and the right to return to the arches – a change to Network Rail’s original policy announced only last Tuesday, he said.

SAVE OUR SHOPS: businesses dismayed by Network Rail’s latest letter