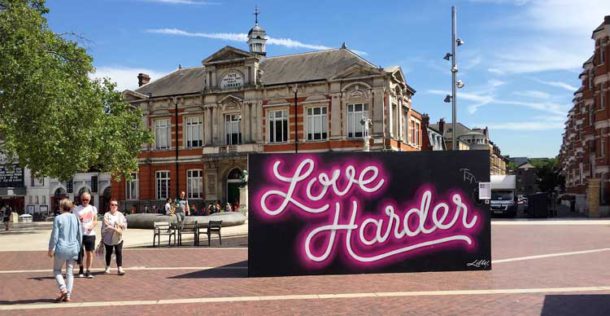 South Londoners will gather in Brixton’s Windrush Square on Saturday (23 July) to sing songs of unity in response to the recent spike in hate crimes and racial intolerance.

Inspired by stories such as local group Streatham Stands Together creating a Love Board to celebrate diversity in the community, they will sing songs celebrating unity and togetherness and are inviting people to join in.

Organised by local choir leader Xenia Davis of Sing Out Streatham, Singing For Unity will see people coming together to learn and sing simple songs from around the world in three and four part harmony.

Xenia said: “Singing has always been a really powerful tool for bringing people together. I run two choirs in south London and lots of my singers have been really keen to take a stand against the rise in hatred and intolerance that we’ve been seeing since the EU referendum.

“I got back from leading interactive singing workshops at Glastonbury and I thought to myself: ‘Why not do something similar in London so that people can come together to express solidarity and sing together’. So that’s exactly what we’re going to do.”

Singing For Unity takes place at Windrush Square on Saturday 23 July from 1 to 2pm.