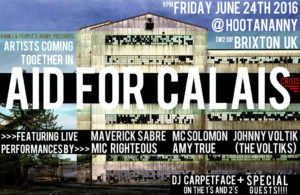 Rapper and producer MC Solomon is organising a fundraiser for Calais refugees at the Hootananny on Friday 24 June.

After several recent visits to Calais he decided to organise a group of musicians and artists from London to run a full live music event to aid the refugees.

It will feature live performances from himself; Maverick Sabre; MicRighteous; Amy True; and Johnny Voltik from New York.

There will also be special guests performing on the night.

All of the money raised will go towards buying a van to make more regular trips to Calais.

The night will also be filmed and documented.

Solomon thanked Shernaz Dinshaw of the Whitstable Calais Solidarity Group for inspiring him. She has been making twice-weekly visits to the camp for many months, helping refugees with clothes, food water, medicine and advice. 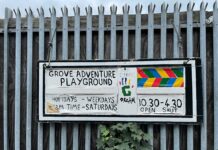 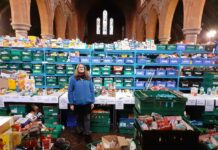