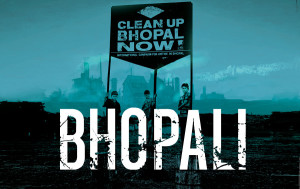 Earlier this month, a special screening of the 2011 feature documentary Bhopali took place at the Ritzy. The film is about the survivors of the 1984 Union Carbide gas leak in Bhopal, India. The engaging Q&A after the film highlighted how today, over 30 years after the disaster, survivors are still suffering its consequences, and fighting for their rights in Bhopal.

On 2 December, 1984, a devastating gas leak occurred in a pesticide plant operated by Union Carbide India Limited. Safety systems to prevent such a leak were not operational at the time, and the leak later came to be known as the world’s worst industrial disaster. Bhopali begins by exploring the stories of children still being born with debilitating physical and mental health conditions, attributed to the contamination of the gas leak. Since 1984, some estimate that 25,000 people have died as a result of this exposure, and that over 120,000 people remain afflicted by ailments caused by the accident, and the subsequent pollution.

The film features the Chingari Trust, a rehabilitation centre where children can receive treatment and education, tailored to their disabilities. Chingari was founded by Bhopal survivors, Rashida Bee and Champadevi Shukla, women recently recognized for their activism with the Goldman Environmental Prize. The Trust also supports economic and livelihood support initiatives to gas-affected women and their families, and promotes their very own Chingari Award, recognising women activists fighting corporate crime and environmental destruction across India. The film also follows other Bhopali residents and activists, such as Sanjay Verma, who are still struggling with the Indian government and Dow Chemical Company (which acquired Union Carbide in 2001) over compensation claims and neglected environmental clean up.

Francesca Moore organized the screening this weekend. Her project, ‘Bhopal: Facing 30’ was recently exhibited at Photofusion Gallery in Brixton. Families from Bhopal are represented in striking photographs in the style of formal Indian portraiture, a resilient form of representation meant to reflect their resilience as survivors. Francesca wants to continue working to reflect the progress of the protests, and represent the accomplishments that Bhopali people have achieved despite the adversity, and despite what is left to come. Raising awareness is a key aspect of her work, as so many people still remain unaware of the catastrophe and its consequences. 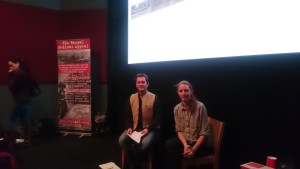 Tim Edwards, trustee of the Bhopal Medical Appeal, hosted a discussion with Francesca about the film, and recent political and legal developments in the Bhopal campaign. The Appeal began in 1994 with an advert in The Guardian newspaper, and the donations were used to open a clinic in Bhopal. The politics of compensation and clean up around Bhopal are difficult to navigate. There hasn’t yet been an overarching examination of the full extent of the environmental impact of the gas leak, over 31 years on. Survivor organisations recently condemned the deliberate neglect by the Indian government towards the curative petition for additional compensation from American corporations. Tim pointed out that the pursuit of criminal justice for Bhopal was not about vengeance, but about restitution and rehabilitation; appropriate compensation would transform the community in Bhopal.

The Q&A really focused on the multiple adversities that Bhopalis face in their search for justice, and their strength and resilience despite the obstacles. It is this resilience that is explored in the Bhopali film, in Francesca’s photography, that sustains the work of Bhopal Medical Appeal and other campaigns, and is resilience that will no doubt continue until the people of Bhopal achieve what is due to them, and beyond.
You can find out more about the Bhopal Medical Appeal, Bhopal: Facing 30, Bhopali, and the activism surrounding Bhopal, through these links.