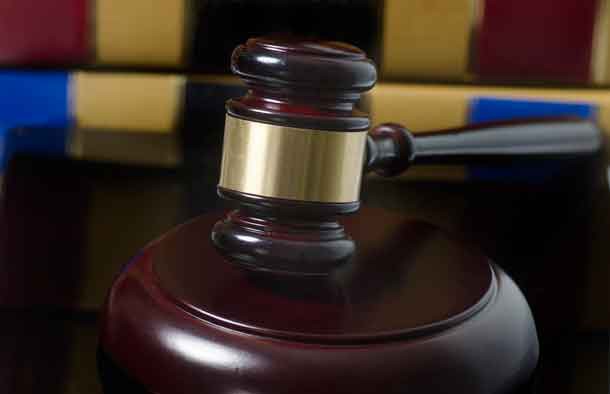 A Brixton-based housing association is launching an internal investigation of an accusation that its officers pursued a county court judgement (CCJ) against one of its residents, despite the fact that he had repaid money he owed ahead of an agreed schedule.

The investigation by Community Trust Housing (CTH) is expected to concentrate on claims that its officers withheld evidence of repayment, in the form of receipts, from the court.

Its revenue department is in line for a top award for its high success rate in collecting arrears of rent and other charges.

It is understood that the police are also looking at the case.

The trust pursued the CCJ for debt against resident Chris Dann in the summer of 2014. He owed £1,800 in unpaid service charges for the flat he co-owns with his mother in Burrow House, Stockwell.

Shawn Scott, interim director of services for Community Trust Housing, said: “We are aware of the issues raised by Mr Dann and have been in communication with him regarding this matter. As a responsible social landlord we take these allegations very seriously. We are currently looking into the issues and will respond to Mr Dann as soon as we have established the facts.”

A CCJ is a legal decision, which, if the debtor does not repay the claimant, seriously affects their credit rating and ability to borrow money.

Mr Dann, a music teacher and web designer, agreed with CTH that he would pay back the money in instalments of £200 every month.

But when he tried to speed up the process and show good faith by paying £1,200 in the first month, CTH claimed that he had broken the terms of his payment plan, and executed the judgement against him.

Dann said Ade Akitoye, revenue collections team leader at CTH, refused to withdraw the judgement against him unless he paid extra money not included in the payments required by the county court.

He said: “I telephoned the court and asked if Ade was within his rights to do this. The operator on the telephone laughed out loud and said ‘absolutely not’.”

Dann then tried to pay the remainder of the sum agreed in court. Debtors can have their name removed from the Register of Judgements if they pay in full within a month.

When he tried to obtain a receipt from CTH to prove to the court that he had paid, Mr Dann was refused by an email that said: “Our solicitors have advised that we have no legal obligation to advise the courts that you have cleared your judgement debt”.

Dann, who plans to talk to the police about the case, said he had had to cancel work “due to being too stressed and angry to keep a calm head”.

He said his mother, who is in her sixties, was also named in the courts judgement and had been extremely stressed. “I know she lost sleep and blamed this episode for exacerbating other health problems.” He said.

Dann said he first encountered problems with his flat in November 2013, when he asked CTH to fix his ceiling, which had been damaged by water leaking from a flat above.

He said CTH, a year later, offered him money to paint over the damp, despite having done nothing to fix the source of the problem.

Dann created a website sharing his story, but was asked to take it down by CTH’s lawyers before an investigation took place.

He said: “Other people on this estate don’t have the resources to fight these sorts of things. That’s why we need proper convention and management in place.”

Part of the larger Network Housing Group, it has been praised for its policies and services, most recently by the British Irish Council for its specialist homes and services for older people. In 2012, it announced that its Stockwell Park estate office would open as a “CitySafe Haven” and that the estate’s regeneration would include London’s first 24-hour “CitySafe Zone”, where residents can seek support from security staff and the local police at any time.

CTH has been shortlisted as a finalist in this year’s UK Housing Awards in the “outstanding approach to income management” category. This recognises “success in maintaining high levels of income, while making sure that more tenants can sustain their tenancies and avoid financial difficulties”.

The CTH revenue collections department has had one of the highest collection rates in London for two years running and passed its target for 2015-2016 in the first eight months of the financial year. Network Housing said that figures for September 2015 showed arrears were at a “very low” level of 1.83% and that the team had maintained “a high collection rate of 104.28%”.

It said the CTH revenue team had achieved this through “intensive work with those in low-level arrears, targeted support, cross-departmental partnerships and the development of strong community partnerships”.

Mr Akitoye, who was CTH employee of the year in 2013, said: “Despite popular belief, rent teams don’t want to evict people. There were only two evictions at CTH last year due to rent arrears and so far this year we’ve not had any.”