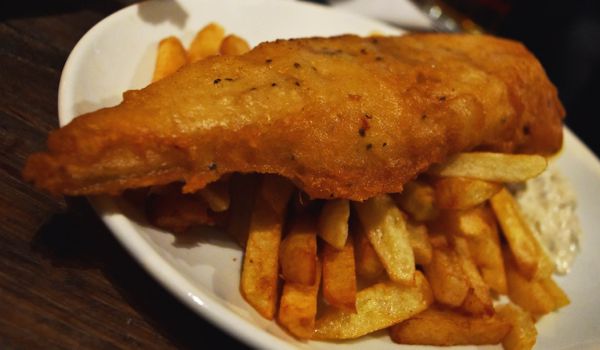 Growing up, Friday tradition was fish and chips. We’d jump in the car after school and drive straight to the chippy. Fish, chips (with scraps, always), mushy peas and curry sauce four ways. Then we’d take them home and me, mum, dad and my sister would eat them out of the newspaper and wash them down with a cuppa. Yes, I’m from Yorkshire. In my eyes, this representative upbringing puts me in good stead to take a position of authority on this well-loved British classic.
When I moved to London, I didn’t want to believe those who told me that fish and chips wouldn’t be the same. I searched hard in my first few months, but wound up with my best find being a mediocre adaptation, at some trendy spot in East London where I paid five entire British pounds just for a ceramic, golden-rimmed ramekin of gravy. It’s not like up north.
You and I both know that fish and chips taste better when eaten out of paper, so I always meet the concept of a fish and chip restaurant with much scepticism. Chip Shop, the second venture from the folks who own Brixton Village Grill, which stands on the corner of Atlantic Road and Coldharbour Lane is one such establishment.
They’ve done well with the small interior – it’s laid back, cosy and has huge glass windows, inviting the busy streets inside. And as well as tables there’s a bar area and the option to order food to take home. But that’s not all.

They’ve decided to theme the restaurant. Some clever design work separated the ‘C’ and ‘S’ from Chip Shop, leaving ‘Hip Hop’. There are portraits of Biggie and ODB adorning their shutters and the owners are very proud of their playlist of 80s and 90s hip hop classics from the likes of Eric B & Rakim and Nas. They’ve even got Biggie’s ten crack commandments written on the stairs for you to read on your way back from the loo. It’s cute, playful and will probably earn them a higher number of first time visitors.
I think it’s possible to go to Chip Shop and have two entirely different experiences. As well as the battered chippy classics they also serve more refined seafood dishes such as crab, monkfish tail and tuna, vegetarian options and steaks. Food is reasonably priced for what you get, but the cost of drinks leaves a sour taste. 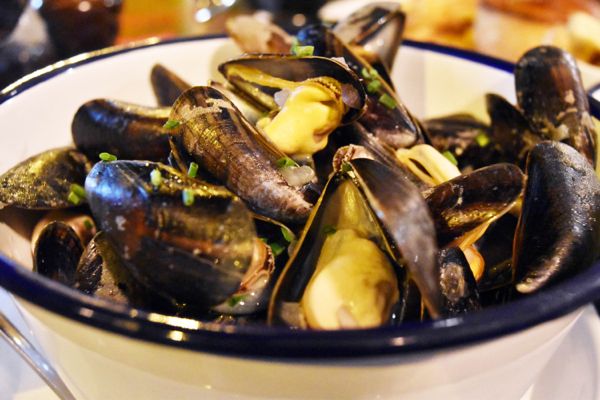 Lucky for them I got distracted by the large enamel pot, overflowing with succulent mussels in a perfectly seasoned white wine sauce which was placed in front of me. They really were delicious and in stark contrast, at £8.75 for a seemingly never-ending dig, were fairly priced.
Straying from the aquatic menu, we thought we’d try another Yorkshire favourite – a homemade beefy pie. I did have concerns it would resemble something which once lived inside a wrapper, but those concerns were gone within seconds. The pastry was buttery and the filling was bold. And that gravy – if we weren’t in public, I would have drunk it. 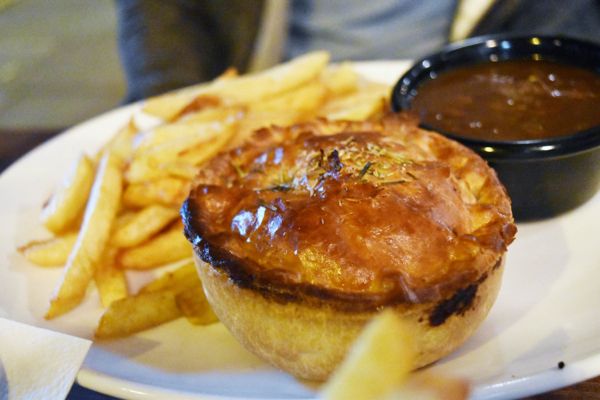 The fish of the day was mackerel which came whole, lying regally on a platform of potatoes, green beans and rocket. Without doubt it was one of the meatiest mackerels I’ve ever had the pleasure of eating. It was a shame that some parts were slightly over-done and had lost some of their juiciness, though overall I was very happy I had ordered it. 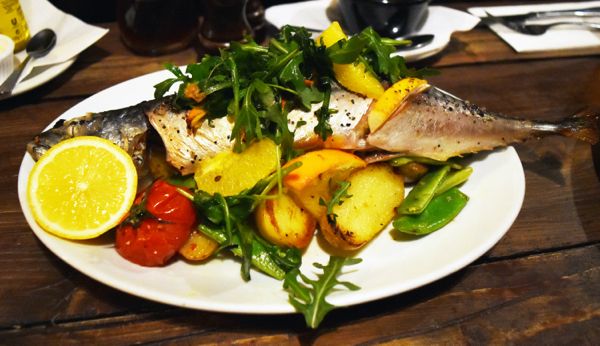 But what I was really there for was to see if I had, at last, found Yorkshire-comparable fish and chips in Brixton. I’ll cut to the chase – no, I hadn’t, but it wasn’t far off and it’s a pretty tall order. Where it lost points were the slightly soggy chips and the lack of big nuggets of crispy batter to break off and dunk in the gravy. The curry sauce was also a touch too sweet. The flavour of the batter however was excellent and the cod inside it was perfection – juicy and flaky and all things nice. A great effort.
The guys behind this new Brixton chippy are doing good things. Offering a short but broad selection of fish dishes and having a good go at proper fish and chips. I’ll definitely be back – in particular for another of those big bowls of steamy, winter-warmer mussels on a cold, wintery evening.