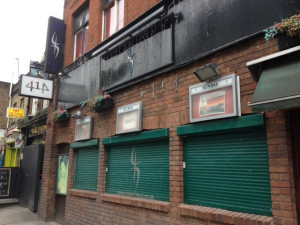 Brixton clubbers have been left devastated by the news that one of the area’s longest running nightclubs is set to close.

Planning permission has been granted to change the building currently housing the 414 nightclub on Coldharbour Lane into a retail outlet and three self-contained residential flats.

The 414 has been a fixture of Brixton nightlife for 30 years.

445 comments were lodged on the Lambeth council planning website, which included 432 objections from supporters of the club.

A change.org petition to ‘Reject the Planning Application for Closing Club 414’ has now been signed by over two thousand people.

The closure of the club is part of a trend that has seen the number of UK nightclubs halved in a decade since 2005 according to figures released by the Association of Licensed Multiple Retailers in August.

No date has been set for the closure of the club and at present it continues to operate as usual.