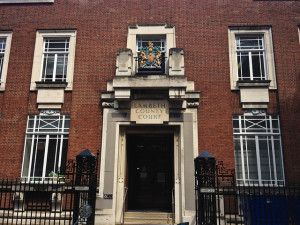 The government has begun consulting on plans to close Lambeth County Court.

The moves comes as part of ongoing reforms to the justice system which would see 1 in 5 courts across the UK closed in order to cut costs.

Lambeth County Court currently serves the residents of Lambeth and Southwark and hears cases in relation to matters such as possession proceedings, disputes over debt, intestacy, mortgage repossession cases and personal injury claims.

The new proposals would mean that residents would have travel to Wandsworth County Court to have their civil dispute heard.

Another option presented is that parties are required to present their case over the phone or via the internet.

Local lawyer, Dirghayu Patel of G T Stewart Solicitors, says he is concerned about the closure.

“The Wandsworth County Court is much smaller than Lambeth County Court and I cannot see how it will manage the workload. Local residents may not get a fair hearing,” he said.

“Closing Lambeth County Court will certainly prejudice a large number of local cases that involve debt and disability, with or without unreliable technology.”

However, The Ministry of Justice says Lambeth County Court is underused and is only utilising 39 per cent of its capacity as a court.

Courts and tribunal minister Shailesh Vara said: “Access to justice is not just about attending court. As we bring in digital technology for better and more efficient access to justice, fewer people will need to physically be in a court.”

Whether the proposals will go ahead will be determined by the consultation process which runs until 8 October 2015.

Enquiries and responses can be sent by email to estatesconsultation@hmcts.gsi.gov.uk or by post to HMCTS Consultation, Ministry of Justice, Post Point 1.13, 102 Petty France, London, SW1H 9AJ.