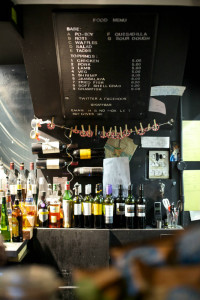 Since the news broke that Kaff Bar would be closing down next month, there has been an outpouring of grief for the much-loved Brixton bar. And a lot of anger.

Many see Kaff’s situation as emblematic of the gentrification of Brixton: landlords hiking up rents now that the area has become trendier, forcing out small businesses and bringing in big chains.

In the case of the Kaff, it has shut because it faced a tripling of its rent.

As Twitter user Nadine put it: “And yet another #Brixton favourite bites the dust. Sooooo gutted”, while user James added: ”Im devastated at the awful news that @KaffBar is closing due to greedy rent increase. It is a truly magical place.”

Similarly, the Brixton restaurant French & Grace tweeted: “Don’t you dare close @KaffBar when will this stop? When all of Brixton’s independents & community hangouts are gone, @lambeth_council?” 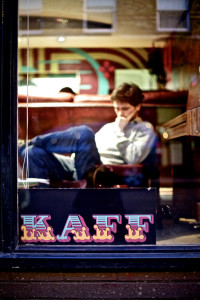 Speaking to Brixton Blog today, managing director Steven Ross said he was “gutted” about the situation but was also “overwhelmed by the support from the community.”

“I’ve been through every emotion from anger to frustration – and there’s been a lot of that,” he said. “But mostly I’m just genuinely upset about what’s happened. For the past four years I’ve been here everyday. It’s not just my livelihood, its my life.”

But Ross insisted that there was nothing could now be done to save the Kaff: “I’ve been fighting this for a year and it’s impossible. They weren’t willing to negotiate and we cannot afford tripled rents. I always live in hope of a change of heart but I am under no false pretenses they will lower the rents. 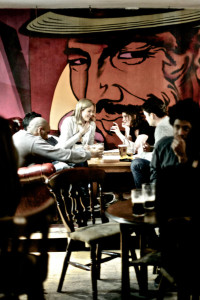 “All I can say is we have to start to fight so that this doesn’t happen to others: small businesses are being priced out of the area, just like in the housing market.”

Ross said the Kaff closure date had been set for July 25 although it was likely that they would close their doors a week earlier in order to repaint the premises.

“Its hard to look to the future as there’s nothing round here that is affordable. But people’s response has been so endearing, and that’s so important to me. That’s what I can take away.”

Fundraiser for Brixton hairdresser, Sean O’Sullivan, to be held at Kaff...