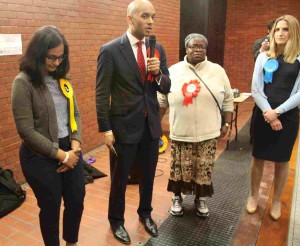 Labour’s Chuka Umunna has retained his Streatham seat – with 53% of the votes, over his Conservative rival Kim Caddy’s 25.1%.

The Liberal Democrats saw the biggest drop, decreasing their share by 26.8%.

Umunna said: “Its been an immense privilege and honour to be re-elected…I feel deeply humbled that they [the voters] have put their trust in me again.

“I think there is a lot of change going on in our community, I think in particular gentrification is something that we need to have a proper comprehensive discussion about.

“How we transition into this new decade that we’re in, and how Brixton changes with it, is something the whole community needs to be involved with.”

HATCH and their start ups are invited to the House of...