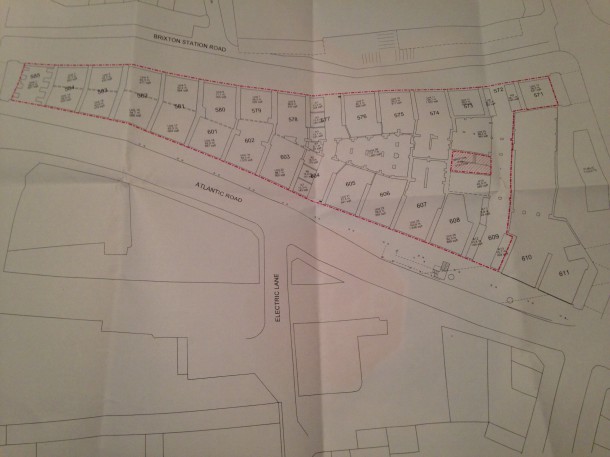 Above are the Network Rail plans for redevelopment of the Atlantic Rd and Brixton Station Rd arches, handed out to traders this week.

They are very basic at the moment, but show that one of the arches will be knocked through to make one whole unit, while others will be divided into two. There will also be a new arcade built with smaller units inside. 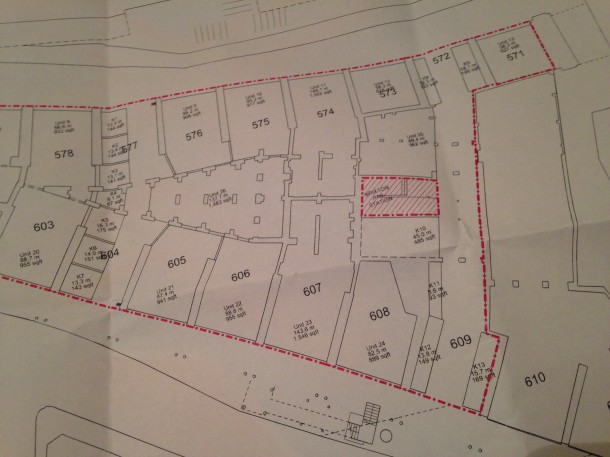 Network Rail told the Brixton Blog yesterday:  “Some of the arches that have been subdivided will change as a result of the refurbishment, which will include new power supply and other improvements, and the structure behind is also going to change. This means that not all the current units will return to the same footprint.”

Network Rail have said they will offer businesses the chance to return but the biggest question is – with what support while they are away and with what rents when they return? One trader reported on the urban75 forums being told his rent would be tripled, unaffordable to most of the businesses currently occupying the units.

If the rents are dramatically increased, our beloved businesses will be forced to leave. Sign the petition against the Network Rail plans here and join the debate here.

SAVE OUR SHOPS: Brixton BID urge Network Rail to reconsider