I spoke to Ben for the first time on the phone, as he sat on a bus on his way home to Tulse Hill. He was taking a break from writing new Childhood songs, which had been driving him crazy – “in a good way”, apparently. He’d just returned from a trip to Spain, not on tour this time, just a holiday. “I’ve done a lot of travelling recently but not on my own terms. It was nice to get on a flight and know I could just chill out at the other end!”

Since the release of their debut album Lacuna in August last year, Childhood have been working hard. Lacuna was reviewed favourably by critics and was given 8 out of 10 by NME. The Guardian said “these Brixton Boys are anything but a typical indie band.” Lacuna has a soothing surf-rock vibe, with psychedelic overtones that call to mind Temples or a softer Tame Impala. It’s lyrically interesting, moving from introspective angst to biting social commentary.

Following the success of their debut album, the band has played several festivals in the UK and Europe, gigged in Japan a couple of times, and supported Johnny Marr on tour. Just before Ben’s holiday in Spain, the band was supporting indie juggernauts Bombay Bicycle Club on a European tour.

“It’s been humbling,” says Ben, when I ask him what all this success feels like, “and it’s nice – it’s vindicating.” It’s hard to imagine the feeling, going from relative anonymity to a rock and roll lifestyle on the road with famous bands. As Ben talks about “ping-ponging between European countries” and spending entire days enclosed in hotel rooms conducting press interviews, it makes the whole experience sound pretty surreal.

Touring with Johnny Marr obviously had a big impact too: “it was mind-blowing. I’ve been a massive Smiths fan since I was 15.” Childhood finished supporting Johnny Marr with a last gig at Brixton Academy – where The Smiths played their final gig back in 1986. “If you’ve grown up in the area the Academy is where you want to play,” says Ben, who worked there part-time before going to university.

Ben grew up in Brixton and formed Childhood in 2010 with Leo Dobson, another South Londoner he met while they were both studying at Nottingham University. They began to make music together and pined for home, feeling isolated and disillusioned by university life. Their initial collaborations romanticised London, says Ben, looking back on it with nostalgia. The pair still write most of Childhood’s songs, and the music continues to reflect their origins.

Some tracks on Lacuna consider the changing face of Brixton, such as ‘Pay For Cool’ or Ben’s favourite ‘Right Beneath Me’, and really Lacuna is about a homecoming. “When we came back from university,” says Ben, “the change was shocking.” I mention the g-word and Ben gets a little cautious, perhaps more so than in previous interviews. “These songs touch on the topic of gentrification, but I want to stress that it’s my personal take. I’m not attacking one group of people. It’s about how things can look the same, when the feeling you get from this familiar environment is completely different.” 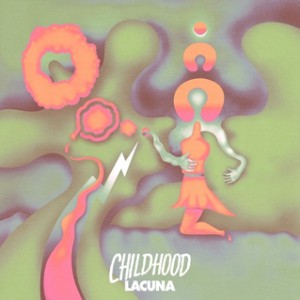 Another from Lacuna, ‘Sweeter Preacher’, is an ode to a recognisable local figure – it could be many people, but I suspect the song’s really inspired by ex-boxer turned street preacher Carlton Warren, who is often seen competing with the Metro touts and steel drums at Brixton Tube (as well as us Brixton Buglers at the end of every month.) “I was writing songs one day, feeling a bit worse for wear, and I started idealising him, his belief,” says Ben, “I felt like I had no faith in anything and there was a real contrast between him and I.”

While Ben’s family has moved out of Brixton (“they can’t afford it any more!”) he still spends a lot of time here. His “classic” night out is at the Effra Tavern, where his dad still plays every other Tuesday night. The Windmill is another firm favourite, and he’s played there a few times. The band have also played at the Queen’s Head, the Hootananny and the Bedford when it was still open.

I ask him what his favourite Childhood gig has been so far, and he tells me one of the highlights was playing to audiences in Japan: “It was the most privileged we’ve felt. We were thinking ‘what are we doing here, who’s going to turn up?’ It’s a pretty shocking thing to go that far away and get the reaction we got.”

So what does the future hold for Childhood? “We’re not very good at writing when we’re touring” says Ben, so they’re taking this opportunity to put some new material together and they’re hoping to get something out at the beginning of this year. With a US tour in the making and plans to hit the festival season in the UK again this summer, Childhood are growing up fast.