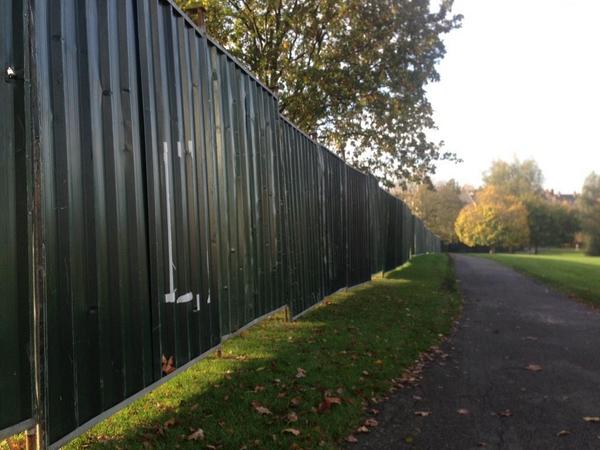 Fencing is being erected around part of Brockwell Park this morning as Lambeth prepares to charge for its popular fireworks event for the first time.

SCROLL DOWN FOR FULL PROGRAMME

The annual event, which until this year has been free, will see punters charged up to £7 per ticket for entrance into the fireworks arena in front of Brockwell Park tonight. Some Lambeth residents were offered £6 tickets, but these have now sold out. Children under 16 go for free but only if tickets are booked in advance.

A council press release promises those who are able to pay the “best firework celebrations to date”, with street-style performers, a fire bird, human catherine wheel and fireworks by the crew who organised the London Olympics Opening Ceremony in 2012. 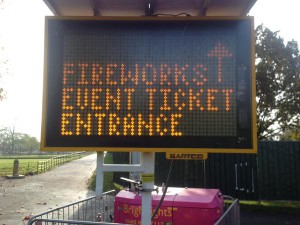 Many have expressed anger that such a popular free event has been put behind security gates only for those who can afford it. Writing on the Independent website, Brixton Blog contributor Luke Massey said last year’s celebration transcended the barriers that usually segment our society. Referring to this year’s plan he wrote: “It’s great that kids can attend for free, and it’s great that Lambeth’s beefing up the event with more than just fireworks.

“But it does far more for the community to make these events as inclusive as possible. Because how often do we all go to the park together?”

Cllr Jane Edbrooke, the council member responsible for these things, has defended the decision to create a ticketed event. Last year the party attracted some 100,000 people and, the council claims, cost £100,000.

Edbrooke said: “There is a lot of pressure on our finances at the moment but the fireworks is such an important night in the calendar, I’m delighted we’ve found a way to keep it going while making sure children can still come in for free.”

There will be no entry to the event site after 7.30pm

All times are subject to change by the event organisers.

Today’s event entry times will be from 5pm to 10pm at Brockwell Park. Visitwww.lambeth.gov.uk/fireworks for full information.