This week a new book on our borough’s architecture launches, Lambeth Architecture: A Brave New World 1945-65. If this weekend’s Open House London has peaked your interested in the local built environment, then this new release is for you.

As with his previous book, Lambeth’s Edwardian Splendours, Edmund Bird, has created an easy-to-read,visually rich account of our borough in a different era. Arts co editor Ruth Waters caught up with Edmund to find out more. 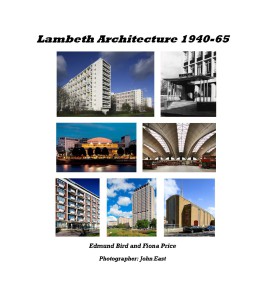 The book has been a personal and professional “voyage of discovery” for Edmund who, in his previous capacity as Lambeth’s Conservation Officer didn’t have much to do with post war buildings and specialises in the Edwardian period – the twenties and thirties. Putting the book together has not been without trials involving “a lot of primary research as not a lot had already been written about the area”. But the end result is something he is proud of.

So, what’s interesting about Lambeth’s architecture between 1945 and 1965? A period of seismic social and political change, the buildings of the era echo the changing shifts in ideology, the style changing from the decorus status-laden to stripped-back utilitarian. “There was an aspiration for a simpler life. Servants were a thing of the past and people wanted to close the door on the political and social inequalities of the pre-war era…There was the first Labour government with a majority which set the political social agenda of public housing, new schools, new hospitals.”

The Festival of Britain, held in Lambeth in 1951, was incredibly influential, Edmund tells me. “It really showcased the latest styles of modern architecture and, within a few years, architecture changed quite dramatically. People had seen these great glass and steel pavilions and that’s what they wanted for their homes and their schools.” It was an event hosted in our borough which influenced buildings and design more generally, all over the country.

The buildings of the era weren’t just shaped by a shift in ideologies and aspirations but also by shortages and limitations in materials and labour. “There weren’t enough builders, there wasn’t enough steel, a shortage which lasted for years [after the war], so in the mean time cheap, brick buildings were put up in a simple style, without expensive embellishment.”The style of the buildings came to be known as Scandinavian Modern, which was guided by clean lines and simplicity.

Of the over four hundred buildings detailed in the book, only a handful are protected. Why, I ask Edmund, are our post war buildings less of a conservation priority and why is it that the buildings don’t elicit the same affection as their Edwardian predecessors? “A lot of the public buildings, police stations and fire stations etc., were built to last, but with the housing there was such a massive shortage after the war that some buildings were put together too quickly, with inherent design flaws and energy efficiency problems, allowing some a very limited life span.”

Our limited affection for the buildings of the era, particularly housing, is also of course mixed through with the social problems we associate with the mass development of large housing estates, which saw “communities uprooted and the natural self-regulation of a community which socialised in the street or chatted over the garden fence cut loose” as people lived begrudgingly on top of one another, not knowing their neighbours.

One of the easily forgotten or missed building types of the era which Lambeth Architecture A Brave New World 1945-65 documents are the ‘prefabs’ – the prefabricated housing which acted as a short term solution for a local government facing an enormous housing crisis. The Nissen hut dwellings which were set up where the Loughborough Estate was later developed and stands today.

The prefabs were strangely popular, despite their basic form. The inhabitants had often come from buildings in a semi or total slum condition, so having a small private bathroom, running water and a front garden were seen as luxuries. “They really captured the idea of the Englishman’s home being his castle” Edmund tells me. “The formation in a round, almost as though around a village green, also creates that idea of the English village, the close nit community.” Built only as temporary solutions, the photographs of the Nissan huts in Brixton seems quite surreal.

Talking about the lost buildings of the era, Edmund points out how many school buildings have been demolished without a trace, including the vast Dick Sheppard Comprehensive for Girls in Tulse Hill, which was located on the edge of Brockwell park, where the private nineties housing development of Brockwell Gate now stands. “It’s amazing really because [the schools demolished] were quite fine examples of their era and on an extraordinary scale, but the birth rate had really sunk in the 1970s and the schools were branded as sink schools by the nineties.The councils just didn’t anticipate our current need for more school places.”

Lambeth Architecture: A Brave New World 1945-65 provides the reader with a great opportunity to find out about our local history. The speed at which buildings have been put up and taken down over the last seventy years is astounding and, with more changes on their way at an ever increasing rate, it’s a great moment to look back over the incredible architectural changes in Lambeth.

Copies of Lambeth Architecture: A Brave New World 1945-6 are available to buy and to borrow from all Lambeth libraries. You can also order a copy from the Herne Hill Society webpage. Images courtesy of Lambeth Archives and John East. 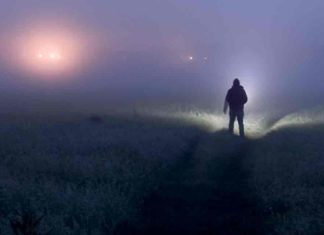 Leslie Manasseh - 15 February, 2020 0
On the surface, this play is about male rituals and the life-long bonds that tie men together. More profoundly it is about their place...