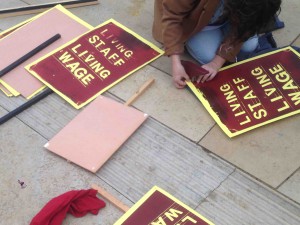 Strike action by staff has closed the popular Ritzy Cinema today, as union members strike in their battle to be paid the London Living Wage.

Members of the entertainment union BECTU have been joined by other unions this morning at a picket line in front of the Windrush Square cinema, which is owned by Picturehouse Cinemas.

In a ballot, 85 per cent of BECTU union members voted in favour of striking. 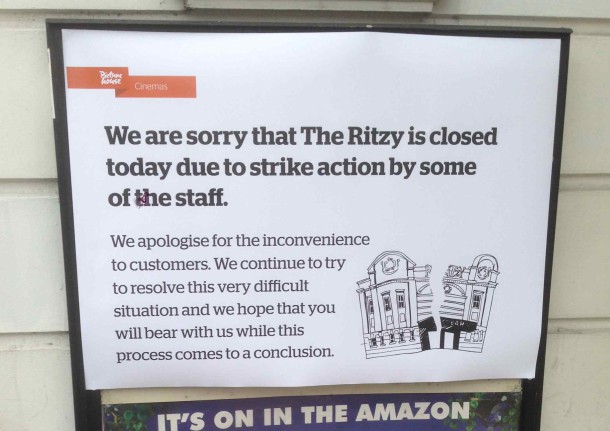 Staff are lobbying bosses to bring their hourly rate in line with the London Living Wage, currently set at £8.80.

BECTU supervisory official, Willy Donaghy, said: ”It is disappointing that we have been forced to take strike action to ensure that members at the Ritzy get paid a Living Wage, but despite our best endeavours during protracted negotiations, strike action is now necessary. 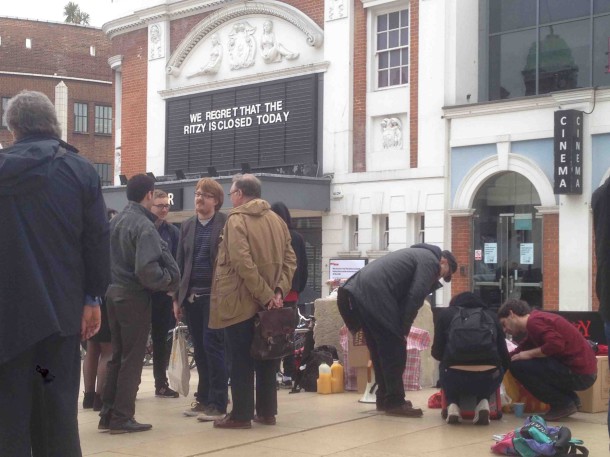 “We have also told the company that we are prepared to consider an improved offer that reaches the LLW.”

Picturehouses management have been critical at the prospect of strike action saying: “It is important that everyone has their say, but industrial action will not speed up the process towards better pay for everyone – in fact it could well hinder our aims for this.” 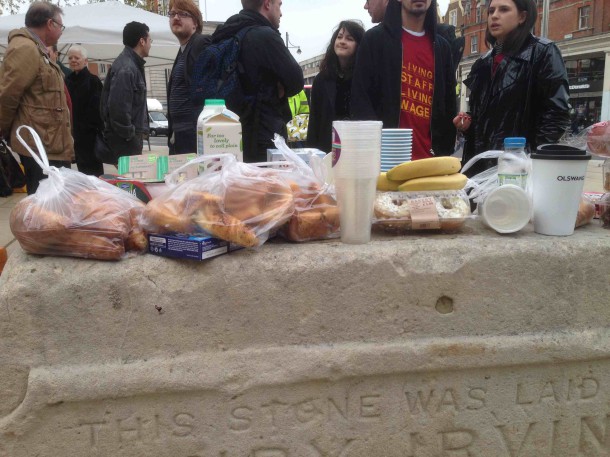 Last week bosses at the Ritzy banned the April issue of the Bugle for covering the dispute.

Upstairs at the Ritzy hosts another Live Expressions

Take Two: Craft Christmas @ Upstairs at the Ritzy and escape...

Picturehouse plan redundancies at the Ritzy