Following what has seemed like a never-ending stream of teasers, trailers and even interactive Twitter TV ad campaigns, the new sci-fi film from Ridley Scott – Prometheus – is here, and opens at the Ritzy this week. Early buzz has been a tad mixed, but then it’s hard to think of a film which has been the subject of such build-up hype in a long time. Is it a prequel to Scott’s earlier Alien? Is it scary? Is it actually any good? Right now, I don’t know. What I can tell you is that it stars Charlize Theron, Michael Fassbender, Noomi Rapace, and it’s showing in both 2D and 3D iterations.

Fresh from picking up the Jury Prize at the recent Cannes film festival (a bit of a surprise, it must be said), Ken Loach’s The Angels’ Share also opens this week. It tells the story of a young father who avoids a jail sentence by the skin of his teeth. His lucky escape prompts a determination to turn over a new leaf. When he and his garrulous group of friends pay a visit to a whisky distillery, a route to a new life becomes apparent. As you might expect, The Angels’ Share is warm, funny, keenly-observed and moving in places. However, though definitely worth a watch, it’s not prime Loach.

After its ONE DAY IN CINEMAS ONLY! stunt attracted sufficient interest, Nazis-in-space romp Iron Sky continues with a handful of extra showings. Expect camp, heavy-handed satire, and, for maximum enjoyment make sure you’ve visited the bar at least twice before you sit down to watch it.

And, as per usual, you’re guaranteed some quality rep action at the Ritzy. On Bank Holiday Tuesday, why not drop in to watch Passport to Pimlico, the classic, absurdist Ealing comedy in which the discovery of an old treaty prompts the residents of the eponymous part of London to declare independence. Cue classic hi-jinks. (Wow, I’ve never used the word “hi-jinks” before in my writing. It’s great. Expect to see it every week from now on). 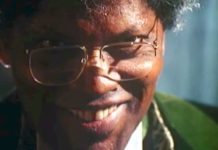 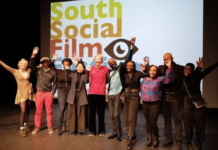 4 May, 2012
Go to mobile version
We use cookies to ensure that we give you the best experience on our website. If you continue to use this site we will assume that you are happy with it.OKPrivacy policy