It’s that time again: Over the next few weeks you’ll find your letterbox stuffed with political leaflets. You might even have councillors and would-be councillors knocking on your door as they fight for your vote.

But what’s it all about, and why should you care?

On 22 May, the local elections and European elections are taking place.

Local elections have always struggled with low turnouts, yet many of the services you take for granted in Brixton are affected far more by the local council than by national politicians.

From the big questions like the supply of affordable housing, the quality of local schools and the type of new developments that will be permitted in the area, to the everyday services like street cleaning, park maintenance, rubbish collection and pothole repairs, the councillors you elect play a major – but often unnoticed – role.

It’s also worth remembering that councillors decide how much council tax you should pay each year, and who should receive council tax discounts.

And at a ward level, councillors can have an even more direct impact. For instance, some have been known to spend their afternoons taking photos of dog mess in order to challenge their officers to organise better clean-ups…

So who’s on the council now?

Lambeth has 63 councillors, of which:

Labour have had a fairly strong grip since 2006, but before that the council was run by a Conservative-Liberal Democrat coalition.

And what do they do?

The council has a wide range of responsibilities, including…

Of course, the councillors themselves don’t run the services – Lambeth has thousands of employees and a senior management team, who look after the day to day running of things. But it’s the councillors who decide how much funding each service will get and what the council’s priorities should be.

So does it matter which party I vote for?

In short, yes. All councils, including Lambeth, have had to make major budget cuts and will have to carry on doing this for the next few years.

Political priorities play a major role when councils decide which services to cut and which to protect – and how much council tax to charge. This time around, the parties will outline very different ways to keep the council’s services running in a time of further cuts, and we’ll be publishing all the details.

Lambeth council, which covers a long, thin patch of London stretching from the Thames to the edges of Crystal Palace, has 21 wards, each represented by three councillors.

Brixton is at the centre of the borough and is home to the council’s HQ, the historic town hall building in the town centre.

At the moment, all five Brixton wards are entirely Labour, with three Labour councillors each:

You can find yours using the council’s maps. 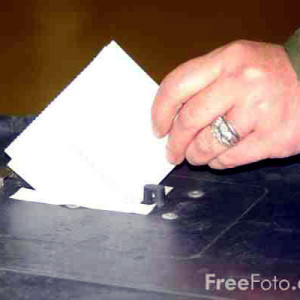 In the run-up to the election, we’ll be publishing articles from the candidates about what they would do if elected. We’ll also be giving you detailed guides to Brixton’s wards as the election draws nearer.

And if reading the politicians’ pitches isn’t enough, we’ll be giving you the chance to question them in person at a hustings event, more details of which will follow soon.