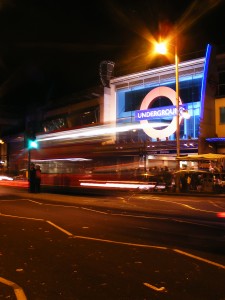 Commuters from Brixton and across London could be forced to make alternative travel arrangements from 9.30pm tomorrow when a 48-hour walkout by Tube staff is expected to begin.

Transport for London (TfL) say they don’t expect any Tube trains to or from Brixton Station during the strike by members of the the Maritime and Transport union (RMT) and the Transport Salaried Staffs Association (TSSA).

There will be no Tube trains between Brixton and Victoria on the Victoria Line, and most other Underground lines are expected to be badly hit. The strike is expected to take place from Tuesday evening through to Thursday evening.

A TfL spokesman today warned commuters to try and finish their journeys as early as possible tomorrow evening (Tuesday). He added: “We will run as many Tube services as we can but there will be disruption and some lines may have a limited service.”

Union members are taking action over planned job cuts on the network.

There are a number of options open to travellers well used to the convenience and ease of the Victoria Line from Brixton.

More information on services from the TfL website here: www.tfl.gov.uk

Brixton tube commuters enjoy full use of escalators today – but...