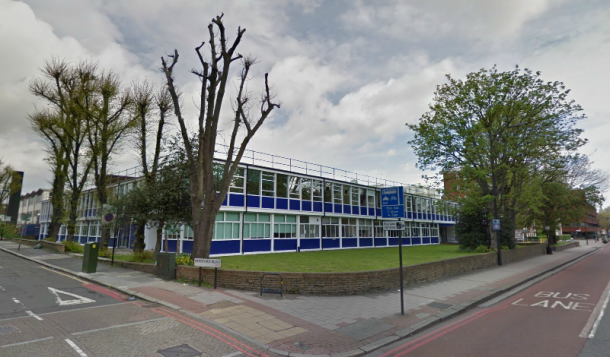 A new free school will be built on the Brixton campus of Lambeth College in a major redevelopment announced by the Department for Education.

The DfE has bought the Brixton campus of Lambeth College and will develop the site to include several educational institutions, including the Trinity Academy free school which will open in September 2014. Lambeth College will remain on the site but will lose 4000 sq feet from its facilities.

A spokesperson for the DfE said: “The Education Funding Authority has purchased the Brixton campus of Lambeth College, ensuring it will continue to be used to educate children and young people. We will redevelop the site to provide a home for the Trinity Academy free school and other institutions, including on-going provision by Lambeth College.”

Neither Lambeth council nor local Brixton residents were consulted on the decision to build a secondary school on the campus. The council only heard about it when the DfE had given the school permission to open already. Free schools are funded by the government, bypassing the local authority. A statutory consultation will take place in January 2014.

A group of parents in Clapham, Brixton and Balham started campaigning for the establishment of a free school “with a Catholic ethos” in 2012 and originally planned for it to be built in Clapham.

Now named the Trinity Academy free school, it will be based in Brixton Hill and will provide secondary education for pupils in a catchment area including Brixton, Clapham, Balham, Battersea and Tooting. One third of places will go to children who qualify for pupil premium. The curriculum will focus on the English baccalaureate and the school will follow the so-called ‘Future Curriculum‘, rather than the National Curriculum.

Rachel Heywood, cabinet member for children and families, was highly critical of the decision: “We already have enough secondary school places in Lambeth. We didn’t know anything about the Trinity Free School until we were informed that it had been given permission to open by the DfE, and had we been consulted we would have said that we did not need another secondary school in Brixton as we already have a variety of good schools with space.

“It is likely that the Trinity Free School will have a negative impact on existing provision, including Catholic secondaries like Bishop Thomas Grant and La Retraite. The Roman Catholic Diocese have not offered their support for the scheme either.”

Heywood stressed that there was one free school the council would be supporting in the area, “a new school for secondary age children with autism – a provision that we do need, and welcome.”

A report issued yesterday by the National Audit Office found that free schools will cost at least three times more than originally predicted by the government.

Dissent about the plans for the school also came from the Lambeth National Union of Teachers. Sara Tomlinson, branch secretary, said: “We deeply regret this move that will cause disruption to schools and education locally. The best way for schools to come about is for them to be planned with the local community and placed where they are needed. If schools open where places are not needed (as would be the case with the Trinity Academy free school) then that will have a negative impact on local schools.”

The Lambeth University and College Union and Unison have protested about the loss of College facilities that will result. A spokesperson said: “Staff, students and campaigners are upset and angry at this recent development in the college’s plans, which will see a reduction in the Brixton centre from 6000 to 2000 sq feet, with a loss of two thirds of the current number of classrooms…

“Unions disagree that this massive reduction of the Brixton Centre campus is “really good news for the College and the community” as has been presented by the college management in its communication to staff.” Staff have been told that redundancies cannot be ruled out and they claim they have not been consulted on what the changes will mean for the College.

Dennis Sewell, chair of governors for Trinity Academy said that many Lambeth parents currently seek education outside of the borough and that this “doesn’t hold the community together”.

“This year they managed to squeeze enough pupils in just about. In the long term there will be population growth across London. The time will come when it’s not so easy for other boroughs to afford Lambeth children coming to them. The Trinity school will use innovation in the curriculum to appeal to people who want a particular type of teaching and I don’t think it will be competition with a school down the road. Not that there is a school down the road.” He said that several governors of local primary schools, as well as many parents in the area had expressed their support for the school.

Lambeth College will also get a new building for further education as part of the redevelopment. Mark Silverman, principal of Lambeth College, said: “I am delighted that the site is going to be retained entirely for educational use, being completely redeveloped to create a modern learning campus for Brixton, including a brand new college building.”

Streatham MP and Shadow Business Secretary, Chuka Umunna praised the fact that Lambeth College will remain on the site, which will now be dedicated to educational uses only: “It is fantastic that Lambeth College will be able to continue to offer further education on their current site in Brixton and I look forward to the development of the modern learning campus. I appreciate all the hard work that has gone into securing this positive future for the Brixton site and would like to thank all those involved for their efforts in making this happen.”

It is anticipated that the Brixton phase of Lambeth College’s re-development programme will be completed by September 2015.

UPDATED: Wednesday December 18 with quotes from Lambeth UCU and Unison

Elderly residents could be forced to leave homes