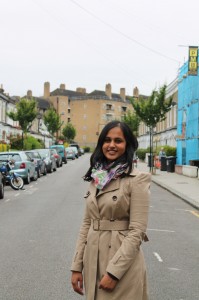 The Liberal Democrat party has chosen Amna Ahmad as its candidate to stand for Chuka Umunna’s Parliamentary seat in next year’s general election.

Ahmad, who grew up in south London and lives on Brixton Hill, will fight to be elected as MP for Streatham.

Umunna, who currently holds the seat, has risen up the Labour Party ranks since being elected in 2010 and is now the party’s shadow business secretary.

Ahmad, who stood as a Liberal Democrat candidate for a council seat in the Tulse Hill by-election last summer but lost out to Labour’s Mary Atkins, was chosen as a prospective parliamentary candidate (PPC) in a ballot of party members.

She said: “I have a first-hand understanding of the issues affecting our area – including housing, transport and the economy – because they are the same issues which have affected me and my family over the years.

“Local people deserve a local MP who will really work to build a stronger economy and a fairer society.  As your candidate I will do just that.”

Unumma won the seat in 2010’s general election with 3,259 more votes than Liberal Democrat Chris Nicholson, winning 42.8% of the vote compared with the Nicholson’s 35.8%.

The next election is due to be held on 7 May 2015. The Streatham constituency runs from the town hall in Brixton down to Streatham Vale and across as far as Clapham Common.