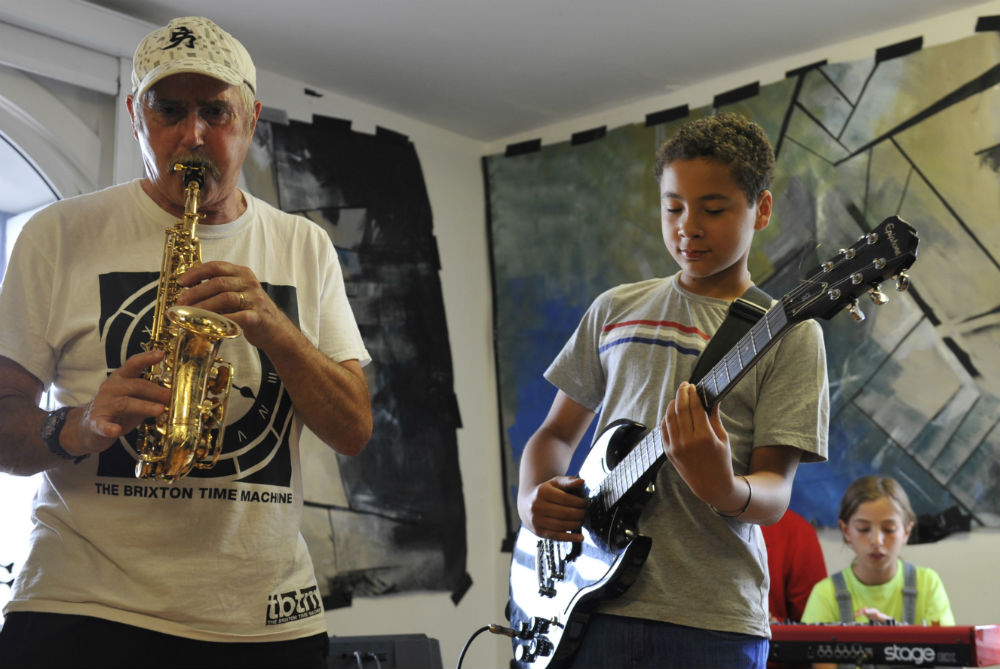 Tim Brown, founder of Raw Material, talks to Katrin Magnussen about the joys and frustrations of running a youth charity in Brixton.

The young performers that frequent Raw’s impressive studios, rehearsal spaces and editing suites are what it is all about. And Tim, CEO and Co-founder of the charity, is clearly proud of their achievements. International house DJ Cooly G, singer Estelle, rappers Miss Dynamite, Skinnyman and Smoke City are past alumni, but he is quick to play it down by stating simply that “We are enablers.”

Tim is clear about its focus. “We enable and empower young people from disadvantaged backgrounds to create art, with the Art Council’s support.”

Shoving a tall pile of funding applications to one side, he continues. ”You come here to learn how to write songs, how to perform live, how to play instruments and record in a studio.”

Coming from a fine arts background, travelling the world exhibiting his own work, to running a multimedia charity for young people in Brixton may sound like an unusual course to take. But not for Tim.

“I worked as an artist when I was young”, he explains, “and I did this in Italy, Germany, The Middle East and Africa.” Tim adds, “I learnt a lot and I wanted to come back to the UK and apply this talent into something with a more social context, instead of working as an individual.” 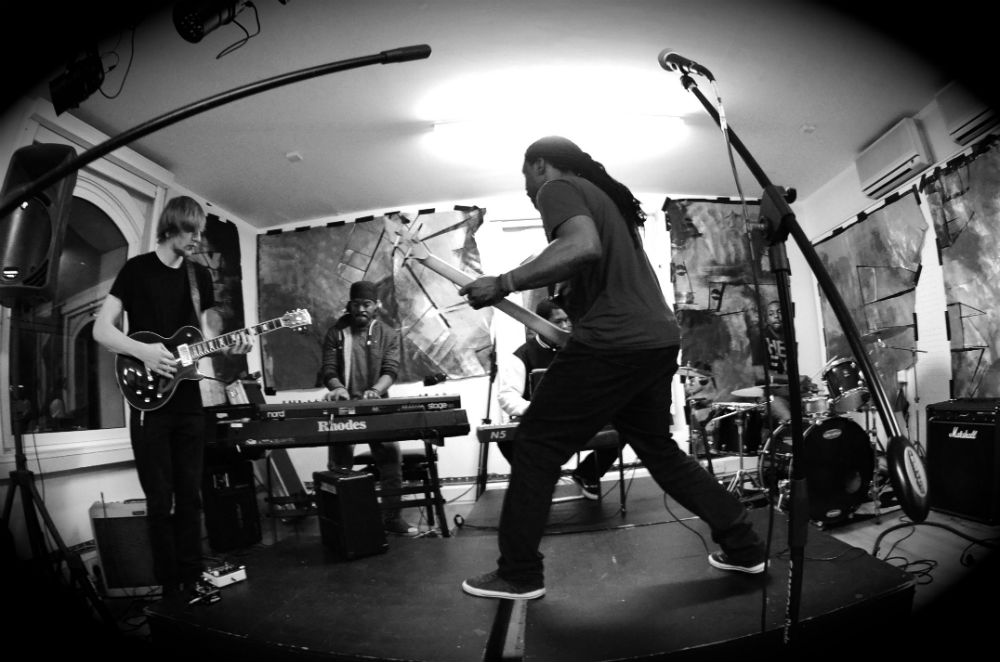 Tim got a job working with Camden youth. He ran a couple of centres for young people offering art, music, drama, film, crèches and  mother’s groups – everything, really. He gained a Community Arts Diploma at Thurroch College, followed by a Post-Graduate Teaching College at University to be an arts teacher.

Then a job came up at the Cockpit Theatre in Westminster, which formed part by the ILEA (Inner London Education Authority).

He smiles. “It was a fantastic place where I worked for ten years and it gave me the grounding to work closely with disadvantaged young people in deprived areas.”

But when the ILEA wound up during the Thatcher era, Tim got a job as photography teacher. He shrugs that it wasn’t really his bag. He was made redundant and this kick started a new and exciting journey.

“I used the redundancy money to start Raw Material in 1992-93,” explains Tim, “and my students from the Cockpit Theatre to set it up as a sort of collective.”

The charity got off to an exciting start.  Their very first project, a film script, was shortlisted by Channel Four. Tim explains; “Everyone at Raw came from local housing estates, so we wrote a script looking at the institutional barriers of race and class when you are in a defined demographic.” Despite not making the cut in the end, the experience helped cement the charity and not least the name Raw Material, which was the name of the script.

“We moved to Brixton from King’s Cross in 2000 and I loved the buzz here. I wish we had more of a relationship with Lambeth Council though,” says Tim. “We don’t get much money from them, yet they keep cutting it.” 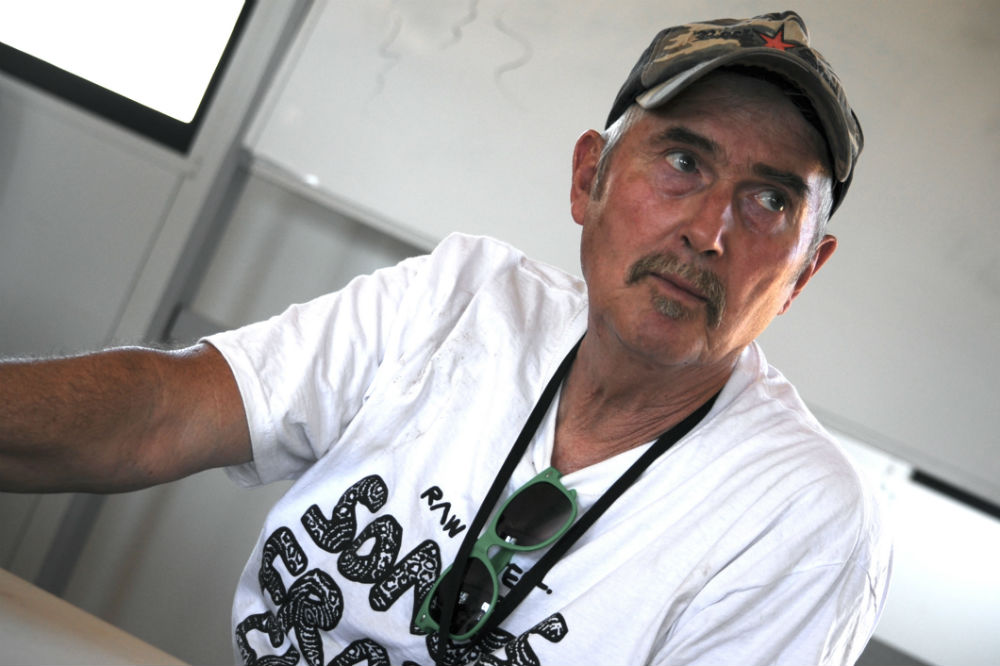 The main bulk of Raw’s funding stems from the Arts Council, but Tim maintains that funding is one of the main worries for the charity as they never know how much they will get.

“We have been through some hard times but are in quite a good place at the moment,” he smiles. “We are global, we are everywhere and that’s really exciting!”

Raw Material no doubt plays an important role in the community, with Tim coining their ethos as ”work-based learning; development of children, skills training and mental health wellbeing.”

For the future, Tim would like to see “the place become a model or a way of working, more touring and more ambitious productions.”

Also, Raw are looking for a Patron. Someone who could help ensure a stronger light is shone on the charity and as a result, more funding. Ideally, according to Tim, it would be someone like Speech Debelle, or Linton Kwesi Johnson.

What about Tim’s own presence? “I think I should probably be more out there,“ he says slightly apologetically. “I admire charities like Kids’ Company and Bigger Fish with their charismatic and larger-than-life directors and ability to attract corporate sponsors. But we all have our own ways of doing stuff and I’m rubbish at self promotion!” 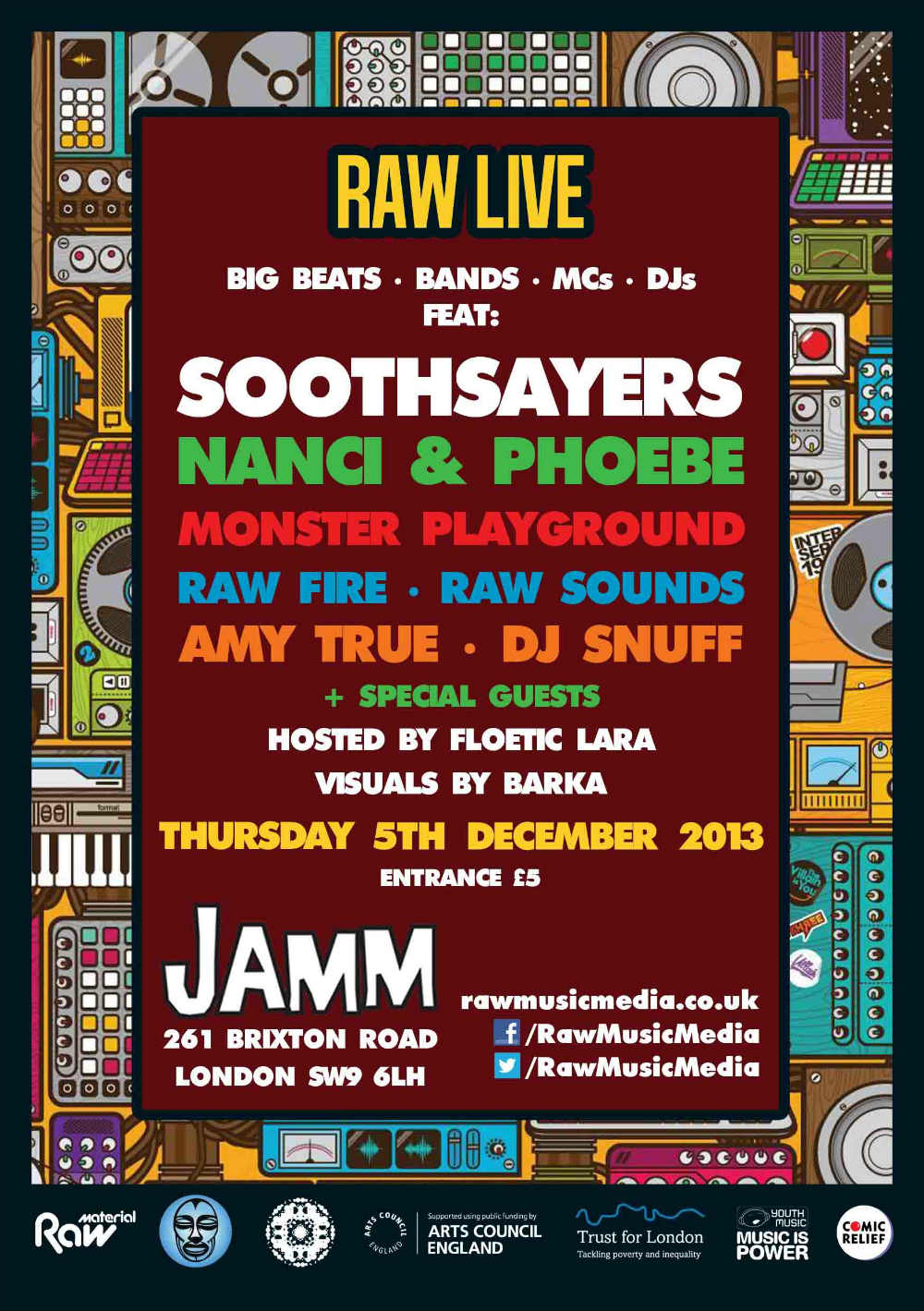 Brixton contestant on The Voice

Skunk Anansie’s Skin calls for arts for all