On the eve of the opening of Tesco’s uber “hub” in Streatham, Brixton Hill resident and campaigner Andrew Child takes a look at the great supermarket invasion of 2013.

Twenty-two supermarkets and counting! That’s how many big-name supermarket stores there are within walking distance of my Brixton Hill flat. How do I know that? That’s right – I painstakingly went onto each of the supermarkets’ websites, inputted my postcode to find my local stores and plotted all within a mile radius on a map here.

Anyone who knows me from the Save George IV campaign may wonder what I’m still doing obsessing about Brixton’s supermarkets. The campaign to stop one of Brixton’s most iconic pubs being turned into a Tesco was lost, right? End of story.

Putting aside persistent reports about almost non-existent trading at Tesco’s latest Brixton outlet there’s still much to play for. If you’d asked me to guess at the figure for local supermarkets before I sat down to calculate it I’d have said 15. To have arrived at a figure of 22 is shocking to me…as is seeing my flat encircled in this manner on the Supermarket Saturation map as I’m choosing to call it.

Why does this matter? Well, part of the reason is that getting on for half of these supermarkets have sprung up – fungi-like – in the last couple of years or so. A rapid acceleration, I think you’ll agree. I’ve therefore no reason to suppose that this will level off any time soon, not with the supine council we have in place at the moment at any rate.

The effect of this was well-documented by the Save George IV campaign: independent traders squeezed and forced out of business, much-loved pubs turned into ugly gunmetal grey retail battleships and the character of the local High Street destroyed. And don’t even get me started on the pitiful part-time sub Living Wage jobs the big supermarkets boast of. Or the hard-earned money spent by locals sucked out of the local economy by the big supermarkets and instead put into the pockets of overpaid executives and shareholders.

I won’t try to deny the supermarkets’ assertion that this expansion has a degree of support – though I didn’t see anyone signing a petition in favour of turning George IV into a supermarket. Having monitored forum debates on the issue on Brixton Blog and elsewhere it’s clear that there’s a minority who have been sold on the supermarkets’ false promise. In particular, there are two big myths which need challenging and debunking if we’re to make progress on this issue:

The first of these needs to be dealt with at some length. The most common assertion relating to supermarkets is that they deliver on choice, price, and convenience. If you go into your Sainsbury’s Local, I challenge you to see how many separate value items you can find. Not many is it? And if you buy a jar of say Marmite there it’s going to be the same price as in the superstore? Pricing is uniform, right? Wrong, as this report by Confused.com makes clear. In other words you’re twice penalized for not being able to afford to travel further to the bigger stores. No cheap versions of food and to add insult to injury you pay a “local” price premium. Ah, but they’ve got those space-age automatic checkouts that make shopping a breeze. You’ll be done in no time. Except if you want an item from behind the till, or you’re buying booze or paracetamol, or the re-useable bag you’ve brought along isn’t recognized. In all cases the poor, underpaid person behind the manual checkout has to close it and come over to attend to you. No sooner have they gone back, someone else has a problem with an automated checkout. Familiar story isn’t it?

Contrast all this with my corner shop: I can get fantastic bargains, like a wheelbarrow-sized bag of rice for a couple of quid; I can have a chat with a real person about football, cricket, the state of politics…and if there’s a queue I can leave my change on the counter and walk out with my shopping. Now that really is express. Furthermore, because I’ve spent money with a local business it stays in the local economy.

In essence, the big name supermarkets take from, but give very little back to the local community. It is for that reason that I want communities to have a much greater role in shaping the future of their local High Streets. It would be the democratic thing to do. The sort of policy that a cooperative council might pursue perhaps? After all, it seems to be an issue which unites both Left and Right.

Well, good luck finding any mention of the supermarket problem in Lambeth Council’s Draft Local Plan – the very document that is supposed to give shape to the future of our local communities. Brixton’s problem is the problem on just about every other High Street in the borough. And it is a problem that sooner or later will have to be faced head on. 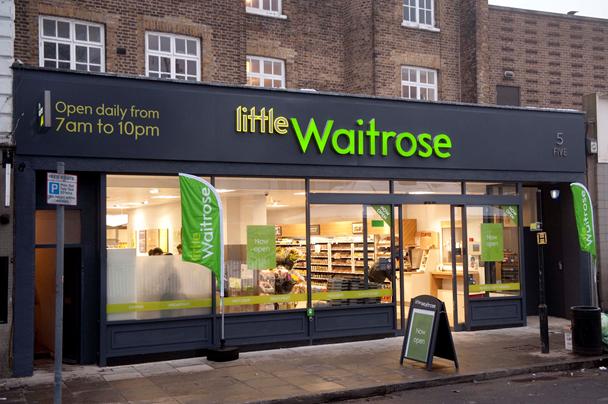 Bobsy has been found