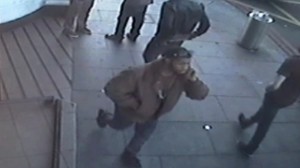 Police have released CCTV footage today they hope will help them catch a man suspected of raping a woman after a night out in Brixton.

The victim, in her late twenties, was offered a lift home by the man, who approached her as she walked along Coldharbour Lane in the early hours on Sunday June 30.

He led her to his dark sports car, parked nearby, before driving her to a “secluded multi-story car park” where the woman was raped.

The footage below shows the man, described as a black man and 5ft 5ins tall, as he left McDonalds, in Brixton Road.

DS Steve Elliott, from Sapphire, said: “I am hoping that these images will jog someone’s memory, and people may remember seeing him on Saturday  June 29.

“If you know this man, saw him that evening in Brixton or spotted his car then please get in touch. Even seemingly inconsequential information may be vital in identifying him.”