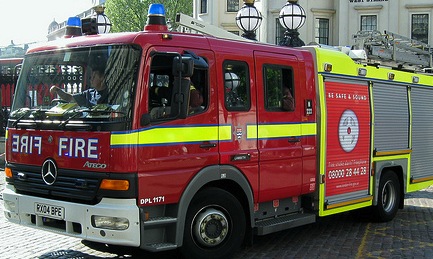 A key second-response unit for Brixton fire emergencies is likely to close as Mayor Boris Johnson confirmed that plans to cut 12 fire stations across London will proceed.

Clapham fire station, the main station for Clapham and Brixton’s second-response unit, has been named as one of those to get the chop.

Announcing the move, Boris Johnson said: “It is essential that the London Fire Brigade continues to modernise so that it can remain one of the world’s leading rescue services and is equipped to respond to 21st century fire fighting needs.It’s right that tough decisions have to be made in times of economic uncertainty.”

Local residents are protesting the closure. One of the activists, Jaswinder Blackwell-Pal, said: “south London is seeing its essential public services coming under attack from the coalition government. Most recently in Lewisham the attempt to close down A&E services at the hospital has been met with a fantastic community campaign.

“Boris Johnson is playing with public safety and the residents of Brixton and Clapham have to say no. Why should we let the government get away with cutting back on lifesaving services, when millions of pounds is lost to tax avoidance schemes every year?”
The Fire Brigades’ Union (FBU) condemned the cuts and said that these closures would  push up response times, affecting not just the residents of Clapham but the surrounding areas too. Last month, Clapham was the first team of firefighters on the scene of the helicopter crash in Vauxhall.
There will be a public meeting on Monday February 11 at the Bread and Roses pub on Clapham Manor Street at 7pm. Speakers will include Kate Hoey MP, Val Shawcross, and Ian Lehair (FBU).