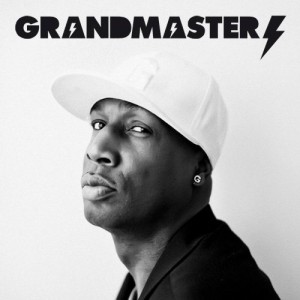 So who should be gracing Brixton on Friday night but none other than hip hop royalty Mr Grandmaster Flash! He’ll be taking to the stage at Dogstar at around 1am as part of what looks to be an epic night as Audio Sushi takes over all three floors (hopefully there won’t be any pissin’ on the stairs). Now, the bad news is that tickets are sold out online, but Dogstar did tweet that they’d be holding a very small number back to sell on the door. If you’re keen to go but haven’t got a ticket you’ll have to be pretty flippin’ snappy about getting down there. And either way, do take ID. Even if you’re twice the average age of the barstaff I’d recommend it, they are generally surprisingly strict about this due to their ID Scan system.

If old school hip hop doesn’t toot your flute, how about some blues.  Upstairs at the Ritzy are expanding their repertoire with a night that’s set to become a monthly occurrence in Windrush Square. The £10 entry includes a beginners dance class that kicks off at 8pm, designed equip you for a night of dancing. I have never considered how, or even if, one dances to the blues, and would have guessed that it mainly involves standing around looking deep and somewhat jaded, but with a live band followed by DJs this is definitely the way to find out. Try not to make a pact with the devil in the moonlight on the way home. Or something.

Here’s something different: on Saturday tiny art gallery Knight Webb on Atlantic Road will be opening their doors from 12 lunchtime to 12 bedtime to anyone who wants to splash some UV paint onto a 12 metre mural. Go down as a group or your own and get stuck in to this really original and rather exciting community art project. The artist Rufus Knight Webb has been using this particular kind of paint in his work for some years now and wants to share the experience with anyone who’s interested. Then, when it’s all done, the work will be on show for ten days so you can pop down and see the results.

Town hall to be lit for George Floyd