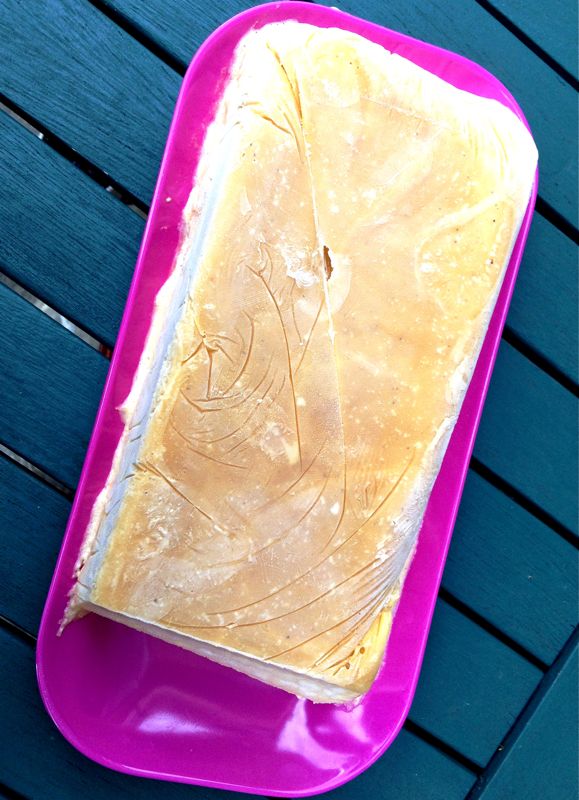 It’s just as well I love living in Brixton so much, because when I tell you this, they might not let me back home to Ireland…I never tasted Guinness until I moved to England. And even then it wasn’t a pint of the black stuff, it was a glass of Guinness Punch courtesy of my Jamaican housemate. It was love at first mouthful though. Incredibly refreshing, very moreish and not as sickly sweet as you might expect, it got me drinking Guinness by the gallon hoping it would stop me losing my accent.

I usually order a pint of pure stout these days, but I’ve still got a soft spot for Guinness Punch. There are few things more cooling and enjoyable on a sunny summer day than an icy cold version of it, so when summer finally made an appearance this week and the temperature rose, I was craving it and wishing I could get it cold enough to make my teeth chatter, when I realised the Nurishment base meant it was perfect to turn into a ice cream. I’ve tweaked the recipe so that if you don’t have an ice cream machine you won’t miss out!

A semifreddo is nothing to do with half eaten chocolate bars. It’s a version of ice cream that uses whipped eggs to add air and freeze smoothly unlike an ice cream which is churned to prevent ice crystals forming. It’s easier without a machine than ice cream and looks very dramatic as you can freeze it as a block. You will need an electric whisk for this unless you have arm muscles like Popeye.

First line a 1 litre container with clingfilm. I used a non stick loaf tin, you could use a clean tupperware or takeaway container.

Then make your Guinness Punch. You’ll end up with some extra which you’ll just have to drink. I didn’t think you’d mind…pour about half the can of Nurishment into a jug and top up with stout until you have about 200ml of liquid. Set this aside and then mix the remainder and drink as cook’s perk.

Separate your eggs, putting the yolks in one bowl and the whites in another. Whisk the whites with an electric whisk until you get stiff peaks and they look glossy. Do not allow any egg yolk or cream to meet the whites at this stage as fat stops egg white from forming peaks.

Add the sugar to the yolks and beat until pale and thick. Add in the Guinness Punch and whisk again til well mixed and still thick. Then fold the beaten egg whites into the yolk mixture with a metal spoon.

Whip the cream until stiff but still liquid, then pour in the cream into the egg mix and fold until combined, then pour gently into your lined tin. Put in the freezer immediately and freeze for about 12 hours. The alcohol will slow the freezing time so you can’t rush this one I’m afraid.

When you need it, take the tray out of the freezer and leave for a few minutes to soften slightly and then lift the block out using the clingfilm. Cut into slices with a knife heated in boiling water and serve. Freezing it intensifies the flavour so you get a really Guinness-y kick that is lovely with the smoothness of the cream and Nurishment. It will separate slightly into two layers. The bottom is soft and creamy and the very top is like a boozy Mini-Milk. It actually looks a little bit like an upside down pint of Guinness! The whole thing looks and tastes like you spent much more time over it than you did and will convert anyone to this fabulous cocktail… 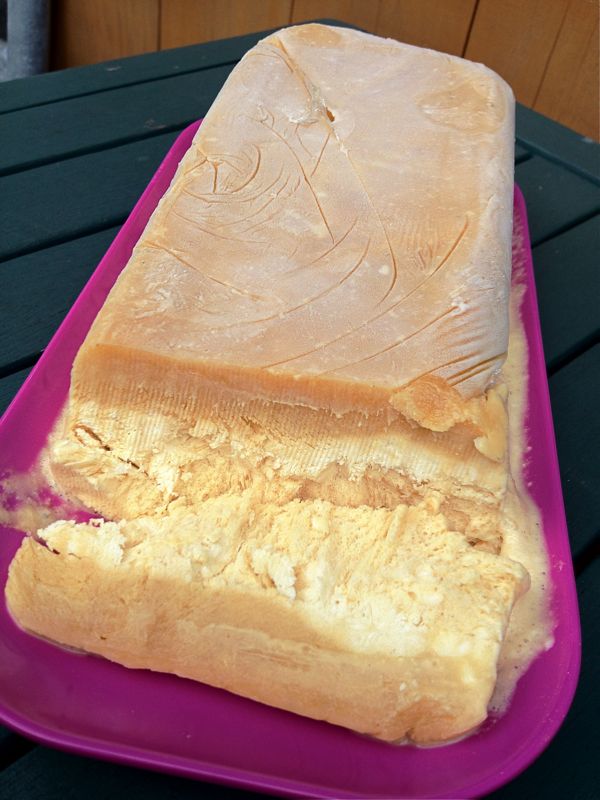 The Man Behind Franco Manca