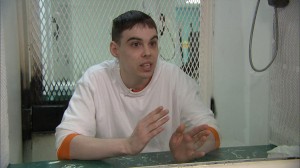 Take One: Into the Abyss @ The Ritzy

This is a film not to be missed. Directed by the great Werner Herzog, ‘Into the Abyss‘ investigates the subject of capital punishment through the story of Michael Perry and Jason Burkett, found guilty of three murders. Perry was executed eight days after filming started, while Burkett was sentenced to life imprisonment. Tonight there’ll be a live streaming of a Q&A with Werner Herzog in celebration of the Human Rights Festival currently taking place at The Ritzy and cinemas across London. The film starts at 6.15pm.