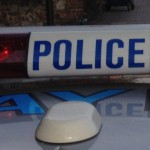 Police are appealing for witnesses after a violent mugging on Atlantic Road, Brixton, left a woman in hospital.

The victim was talking on her mobile phone as she walked opposite Argos at 9.15pm on March 5 when was approached by two people. Shortly afterwards a third person ran up and pushed the victim so hard she fell to the floor, seriously injuring her face.

Today Lambeth police officer Det Const Iain Lister appealed for witnesses to come forward, describing the three suspects as a white woman in her early 30s and two black men aged in their early 20s, one wearing a brown puffer jacket with the hood up.

Anyone with information is encouraged to contact DC Iain Lister on 020 8649 2440 or by e-mail at Iain.Lister@met.police.uk alternatively you can contact Crimestoppers anonymously on 0800 555 111.

Tip of the day: The Day the Factory Died @ Coldharbour...