Businesses in Brixton Village (Granville Arcade) and Market Row will have to pay an extra £300 per month to continue opening in the evening.

Landlords wrote to traders telling them to apply for the ‘concession’ before Friday 10th February. They say the extra money is needed to pay for added security and to get rid of “considerably” more waste.

So far shops and restaurants that want to stay open until 10pm have been able to do so without incurring extra costs to the rent, payable to landlords InShops Retail.

One Brixton Village (Granville Arcade) trader said: “It is, of course, only a matter of time before the Brixton Village bubble bursts. But it seems that InShops are determined to burst it themselves, which is perverse.”

He continued: “It is important that there should continue to be a diversity of trades in the Arcade, and there is no way that fruit-and-veg can support the sort of rents that (say) Honest Burgers could afford. However, penalising late opening seems to me to be exactly the wrong way to go about it.”

All traders should be encouraged to open late whatever they sell, he said, to ensure the diversity continues into the evening.

Letters distributed yesterday told those who choose to close at 5.30pm that they would not be liable for any of the costs of late night opening.

Brixton Village was known as Granville Arcade in 2009, when the then owners, London Associated Properties, worked with Spacemakers to “entice new retailers into a location that had suffered over the years from high vacancies and low investment”.

In October last year Brixton-based food critic Jay Rayner described the Village as “the most exciting, radical venture on the British restaurant scene.” Around the same time the Brixton Blog published a debate on the subject of rents.

Inshops Ltd, based 200 miles away in Liverpool, took over Market Row and Brixton Village (Granville Arcade) in May 2010. 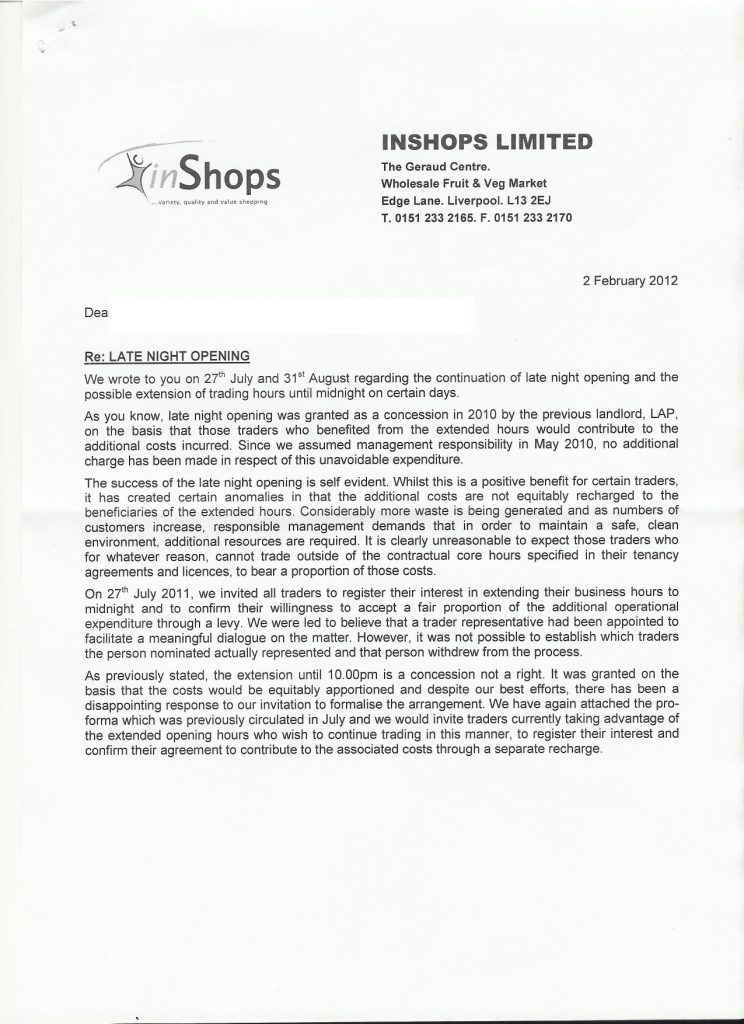 When the community takes a lead …