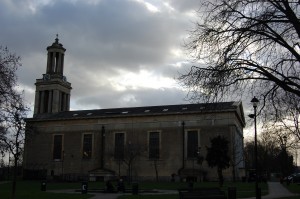 The nightclub Mass and the restaurant bar Babalou, both located in St Matthew’s Church, have been put on the market by the owner Chicks Ltd .

The two venues are being marketed ‘with offers invited’, rather than at a fixed price.

They will remain trading under the current ownership until a deal is completed.

Chris Bickles, associate director at Davis Coffer Lyons who are dealing with the sale, said the current owners were moving on to “pursue other business interests” after a long time at Mass and Babalou.

He said: “It’s early days at the moment but I’d expect there to be a good market for these venues because there is currently lots of interest in sites with big capacity and licenses. A new owner could come in and put their own stamp on both of these businesses.”

The two venues have a combined capacity of well over 1,000 and both have 6am licenses.

Mass has hosted club nights since 1996, mainly featuring drum ‘n’ bass and R&B artists. Babalou – previously the Bug Bar – is a restaurant and bar, although it too has club nights on the weekends.

St Matthews Church was consecrated in 1824, providing a focal point for the community as new houses were built on Brixton Hill.