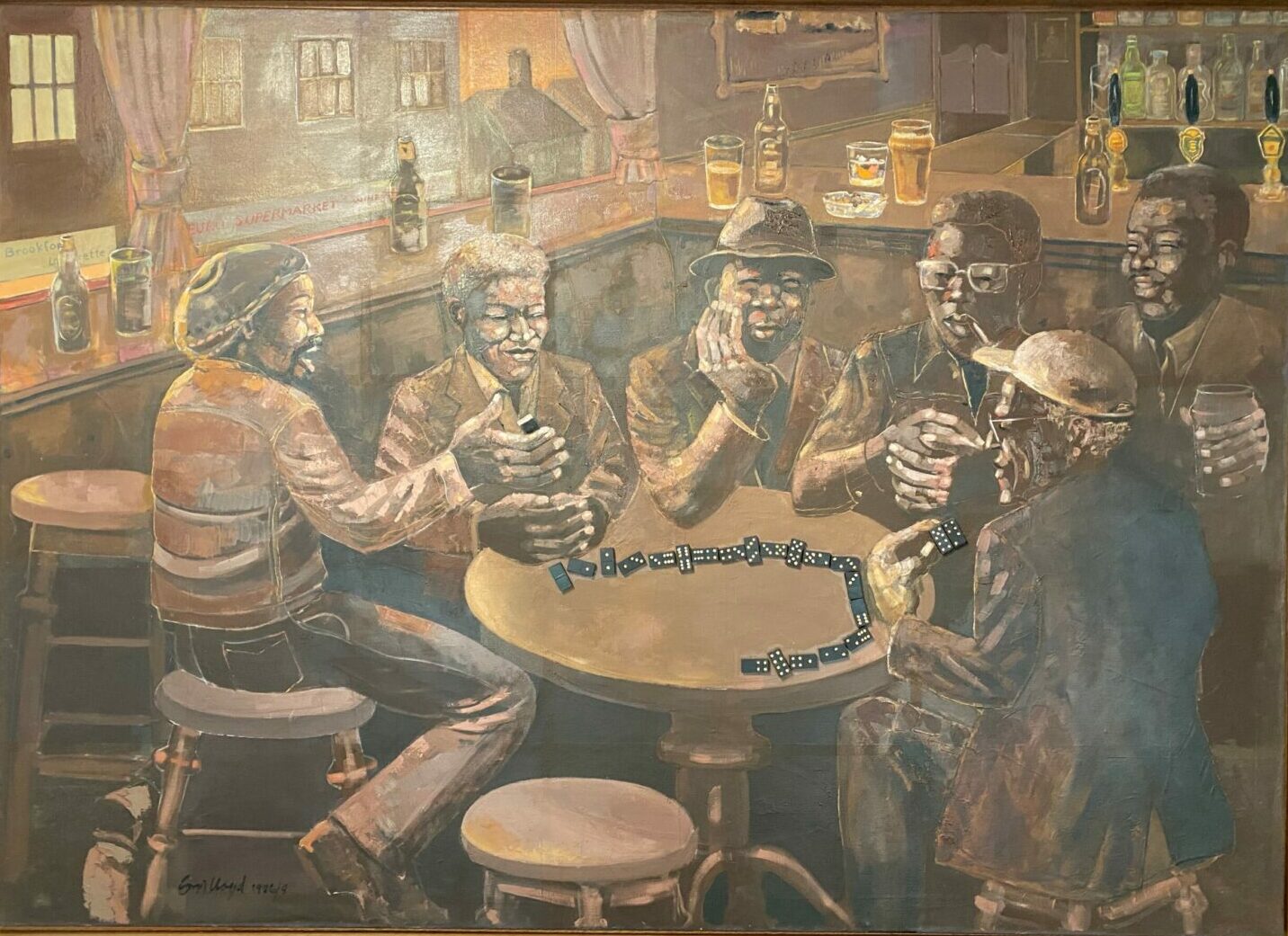 With this retrospective, 198 Gallery celebrates the life and work of pioneering Jamaican artist, Errol Lloyd and his contributions to the visual and literary culture of Black Britain. On show are works from the 1970s to the present day and include paintings and sculpture alongside book cover designs and illustrations.

Errol Lloyd was born in Jamaica but has been based in London since the 1960s. A central figure of the Caribbean Artist’s Movement (CAM), his paintings have been widely exhibited. Now well known as an author and illustrator of children’s literature, he has written over twenty children’s books. 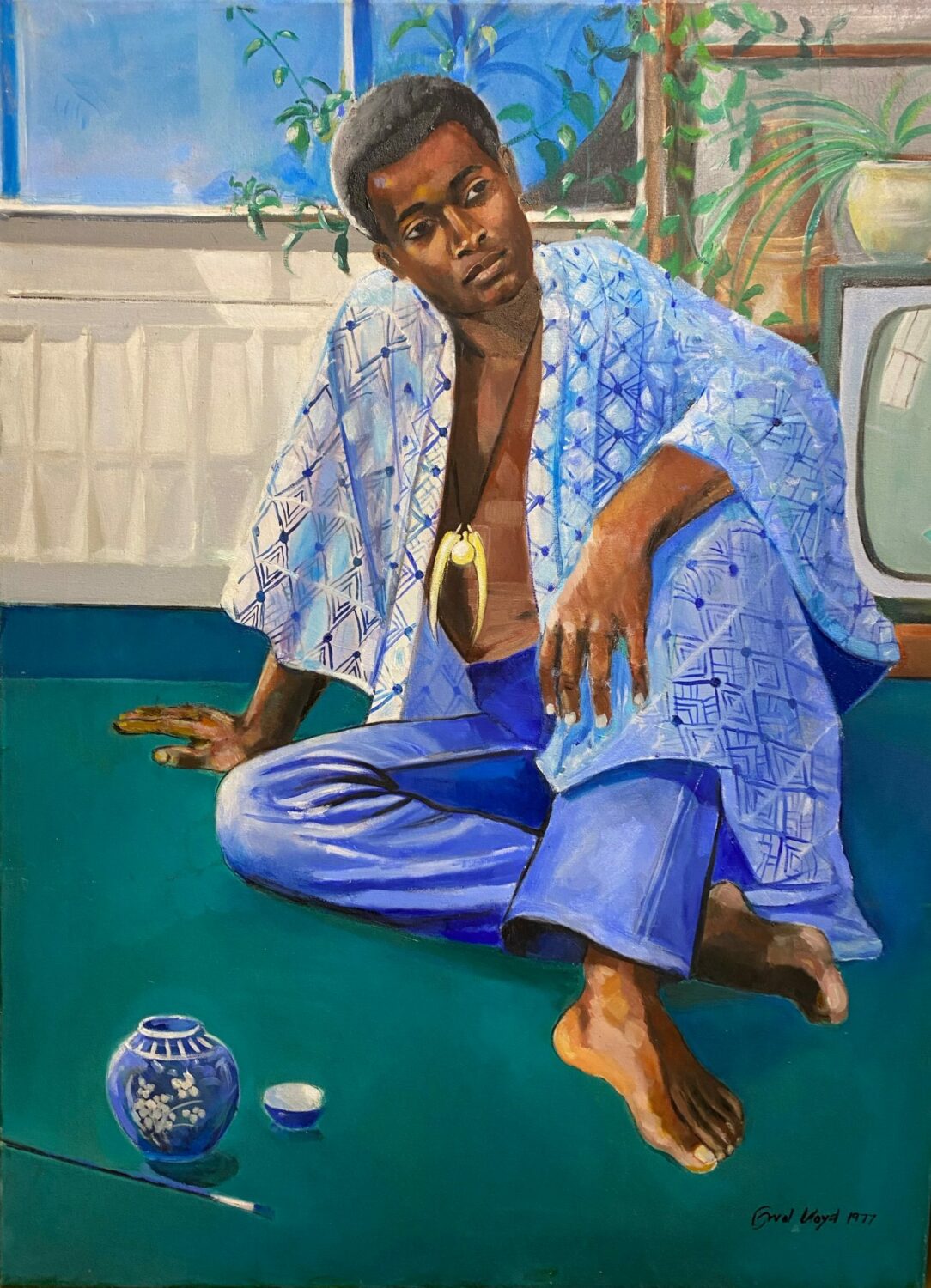 The exhibition is spread over three rooms in the gallery. The first room focuses on portraits – of iconic figures and family members. These are traditional works which display his confident and exuberant use of colour. Some of the subjects are at ease – notably his daughters – and others, in contrast, appear more guarded and alert.

The second room includes some very recent abstract works, but taking centre stage is his 1986 painting The Domino Players. He has chosen a palette of muted browns and sepia, which serves to focus the viewer’s attention on the faces and (oversized) hands of the players. He has captured a sense of relaxed and amicable concentration in this window on a traditional Caribbean pastime.

The third room includes smaller works – book illustrations and his series of carnival paintings, plus some of his sketchbooks and personal ephemera.