Two Metropolitan police officers will appear in court next week charged with driving offences following an investigation by the Independent Office for Police Conduct (IOPC) relating to the death of a pedestrian in Stockwell Road, Brixton, in June 2021.

The charges relate to an incident in which Shante Daniel-Folkes, 25, was hit by a police vehicle driven by PC Patel on Stockwell Road in Brixton.

PC Thomson was in a separate police vehicle. Both officers were responding to an emergency incident at the time.

Ms Daniel-Folkes sadly died at the scene of the collision.

The IOPC investigation concluded in May this year, when it provided a file of evidence to the Crown Prosecution Service which authorised the charges. 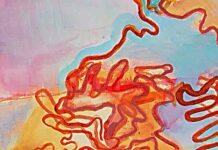