Dereham is a market town in the heart of Norfolk, variously described as charming, picturesque and thriving.

J A Mortram’s Small Town Inertia in Brixton’s Photofusion is an exhibition of photos covering a ten year period in the history of the town, which tells an altogether different and depressing story. He ignores the tourist sights, in favour of giving a voice to the poor and disadvantaged who are trapped in Dereham struggling to survive. Powerful, arresting, and intensely human images provoke sympathy and anger in equal measure.

It is a very modern tale – one of poverty and despair hidden amidst comfort and affluence.

Mortram shines a light on the lives of people who are normally invisible as they battle every day with lack of money, poor housing, physical and mental health issues, isolation, loneliness and the impact of government austerity. The implication – surely correct – is that they exist in every small town across the country.

Mortram lives in Dereham and is the full time carer of his mother for which he receives the full carer’s allowance of £69 per week. He is therefore intimately acquainted with the lives and struggles of the people he photographs.

Each photo gives a glimpse into the life of someone, who, because of bad luck, is stuck in a cycle of deprivation. Alongside the images are the personal histories of many of the people involved. The problems are very real and sometimes overwhelming and there is no easy way out of their situation. But the images are not simply of victims. They also reveal the strength, dignity and resilience of the human spirit.

As a shocking insight into the world of the poor and dispossessed, the exhibition asks an important question. How can it be, that people are trapped in such lives in one of the richest countries in the world?

But Mortram does not preach or proselytise. Rather his intimate portraits lay bare the daily struggles of people whose collective life stories are the most eloquent and compelling demand for a different and better world.

For further information go to www.photofusion.org 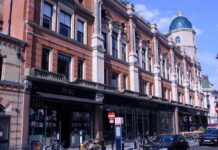