Members and supporters of Extinction Rebellion groups from South London will tomorrow (24 July) tour places in Lambeth, Wandsworth, and Southwark to campaign against Transport for London’s (TfL) proposed bus cuts that would affect many local routes.

They will be in their own bus with entertainment on the upper deck and will be joined by people on bikes, scooters and other mobility transportation to highlight the importance of investing in public and active travel in a cost of living and environmental crisis.

Following the disappearance of a substantial part of its revenue from fares during lockdowns, TfL has been relying on “extraordinary” funding from central government.

On 13 July that the current extraordinary funding and financing agreement between TfL and the Department for Transport (DfT) was extended to 28 July.

DfT yesterday gave TfL a draft proposal for a long-term funding settlement which it was reviewing.

TfL’s consultation on its plans ends on 7 August.

Extinction Rebellion said TfL had announced proposals to make the biggest reduction in London’s bus service ever, with 250 buses and 16 routes axed.

“These cuts could lead to the loss of 800 jobs, in the middle of the worst cost-of-living crisis for decades.

“These cuts will also affect the poorest and most vulnerable transport users.

“London is the most expensive city for public transport in the world. Buses are the cheapest way to go around London using public transport. Many rely on them to get to work, visit family and go about their daily business.

“Public and active travel are not only cheaper and more efficient than private cars, they also help reduce our carbon emissions. Nearly 10,000 Londoners die every year from air pollution.

“We need our local and national governments to invest in infrastructure and transport that is cheap and better for the environment.”

XR called on South Londoners to “join us on the bus, follow us with your bike ,cargo bike, mobility scooter etc., or meet us at one of our stops to support the campaign and encourage people to fill in the TFL consultation about the cuts and raise awareness about the role of transport in a healthier, affordable future.

This is the provisional itinerary of the XR bus:

9am Wandsworth Town Hall is the pick-up point for the open-top classic Routemaster bus registration 159 CLT.

10am drive to Battersea Park via Albert Bridge Road to enter the park at Carriage Drive North. Parking either in Albert Car Park OR next to Enable Leisure & Culture (XR is awaiting confirmation from Wandsworth council).

1pm drive to Clapham Common, hoping to park on Rookery Road near the Long Pond. If the bus is moved on, it will park by the Windmill Pub on Windmill Drive.

3.30pm Drive to the west side of Burgess Park in Southwark to park near Addington Square, SE5, close to tennis courts.

If you want to join in XR asks you to fill in its form to let them know you are coming. It is essential if you want a seat on the bus as capacity is limited.

XR will prioritise people with reduced mobility and families and encourage everyone who can to join them on the cycle ride following the bus. Some will have cargo bikes than can take one or two people.

“If you can’t make it for the whole day, just join us anywhere you can,” XR said.

“We’ll be aiming to stick to the provisional schedule as much as possible, but things may change so please follow XR Lambeth’s Instagram or Twitter, or join the dedicated Telegram group for live location updates on the day.” 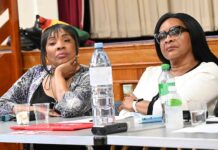 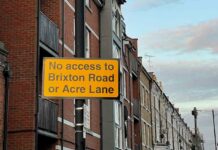