More than 75 years ago a letter arrived at 33 Foxley Road in the Vassal district of Brixton.

It told Ralph Evans, father of Able Seaman Robert Evans that, more than two years after he had been reported “missing on war service” in 1942, the grave of his son had been discovered in Norway.

Author Glyn Evans, no relation, who has discovered and written about the tragic fate of Robert Evans, would be interested to hear from anybody who may have information about the family. Please contact the Blog if you can help.

Robert Paul Evans was part of the secret operation TITLE to try to sink the German battleship Tirpitz, which threatened British and Allied shipping.

Tirpitz itself has a roundabout link with Brixton. Its supply ship, captured by the British, later became the Empire Windrush.

Operation TITLE would have seen an attack on the Tirpitz by “human torpedoes” – 22-foot mini-submarines controlled by two men in special diving suits riding astride them. They could dive to depths of 27 feet.

Two of the torpedoes were secured to the fishing boat Arthur, which set off for Norway where the Tirpitz lay at anchor, but a violent storm dislodged them and they sank.

Robert Evans was one the Arthur’s crew who, after the boat was scuttled off Norway, tried to make their way to the relative safety of Sweden – a neutral country.

But in an encounter with Norwegian police, he was shot and, following standing orders for such situations, he was abandoned to become a prisoner of war.

It was not known then that Hitler himself, infuriated by Allied “commando” raids, had ordered that anyone taking part in one and captured should be killed.

So it was that Robert Evans, after being interrogated by the Gestapo, was shot with a bullet in the back of the head on 19 January 1943. He was 21.

He was buried in an unmarked forest grave that was not discovered until September 1945.

Evans now lies in a civilian cemetery just outside the Norwegian capital of Oslo. 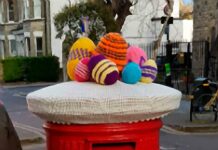