If, like most of London, you found yourself a bit worse for wear after the long Jubilee weekender, there’s every chance your platty joobs celebrations were done right.

But Union Jack bunting and Victoria sponges aside … GALA really was the only place to be over the bank holiday.

Back once again for their sixth year in action, South London’s most vibe-inducing festival returned to Peckham Rye park with an elite line-up which, as per, boasted a whole load of unique subgenres.

The forecast might have been a bit greyer than we’d have liked, but honestly, with four days off and a Tropical Rumbull in hand, who’s complaining?

Thursday’s motion began at the new Beacons stage, an abstract architectural installation that included a number of metallic structures and staircases.

These allowed for different heights and viewpoints, depending on how stuck in you wanted to get – the perfect solution for the front-left veterans.

HUNEE welcomed us with a gloriously chilled set, dropping an almost Caribbean-sounding remix of the Rocky theme tune which went down an absolute treat.

Heading over to the other side of the park, BORN N BREAD, Sista Sounds and DJ NEYNEYY at the Hennessy Neighbourhood stage brought serious energy to the most intimate part of the festival.

The relaxed decor, crammed-in crowd and undeniable chemistry between the DJs gave it that “just walked into a banging house party” feel.

We made our way over towards the hay bales just in time to catch A Guy called Gerard and Bradley Zero turning things up a notch. Bopping in that familiar, atmospheric bliss of the much-loved Patio made it feel like we’d never left.

It felt only right that, back at the Beacons, Nubya Garcia led us into the sunset; her saxophone soothing our souls in the eclectic setting.

Finally, Goldie closed the Pleasure Dome in a smokey haze – the dream for all the nineties ravers.

Back at it again Friday, we arrived just in time for Antal’s set at the Patio that warmed up the crowd with tracks like Stinger J’s Pretty Face and a blend of housey numbers that made for some real euphoria in the late afternoon sun.

An underdog of a stage due a shout-out is the Do!!!You!!! Stage, another new addition from GALA, run by Charlie Bones, that popped off on Friday.

Imagine hearing Once in a lifetime by Talking Heads one moment and some absolute scorchers by Soichi Terada the next – forget South London, it felt like we were watching a glorious sunset on the coast.

After heading to the GALA stage for a bit of Move D (and he certainly moved us alright), the return to our favourite spot for the evening was inevitable.

Serving the most exquisite taste in disco cuts, Gerd Janson tore up the Patio for hours on end with heart melters such as Jackie Moore’s This Time Baby before blending elements of techno that descended us into pure bliss.

Ending with a remix of Dreams by Fleetwood Mac could not have been a more potent send-off for the evening … Oh, stop it now Gerd.

With serotonin levels gunning to keep their momentum, Saturday embraced us kindly with some cheeky disco tech from the likes of Cormac and Roman Flugal. The occasional droplets of rain through the clouded sunshine were beyond welcomed.

The next stop and, as it turns it out, where we ended up staying for the rest of the day, was the Pleasure Dome, skanking out to the legendary Artwork in our favourite sweaty pit.

How did we survive the heat you ask? By making friends with the girl with the fan, obviously. In this case, me.

As the groove kings that are Horse Meat Disco took to their rightful stage, the choruses of ‘Relight my fire’ and ‘You make me feel’ went off whilst a group of drag queens paraded around on stage.

Just when you thought the vibes couldn’t possibly get any stronger, they dropped Peggy Gou’s eerie remix of Can’t Get You Out Of My Head by Kylie, fully committing to the futuristic disco scenes.

On reflection of a belter of a weekend, it’s safe to say that, once again, GALA understood the assignment. Patriotic or not, it seems all anyone wanted was to hear dutty tunes on the platty joobs. 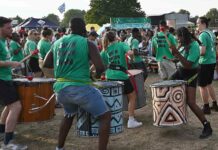 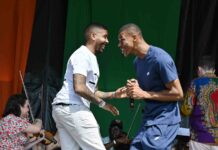 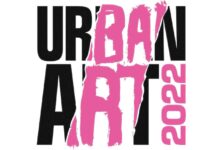