We reported in the last Bugle, that Spekyng Rybawdy, Melanie Jackson’s new exhibition in Block 336, brings to life in a series of large scale animations the bawdy badges which were commonly worn in medieval times. The show is both shocking and hilarious as it depicts acts of violence on and by wandering penises, and grotesque creatures doing unspeakable things. It also has serious point to make. As subversive and satirical comments on the issues of the day, the badges and their contemporary reincarnations invite the audience to reflect similarly upon the state of the world today. 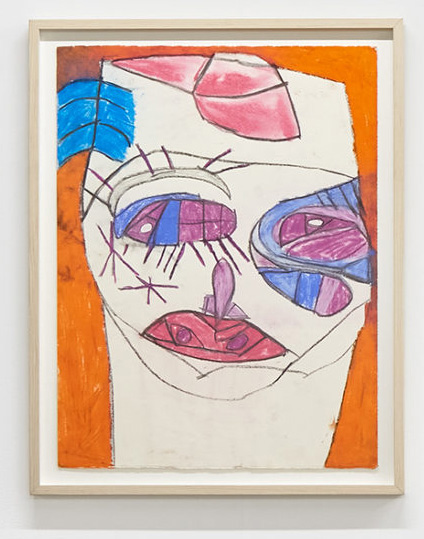 Hieroglyphics of the Face, a new exhibition by Clifton Wright, occupies the other half of the gallery. These are not traditional portraits; but are more akin to maps and frameworks within which features are shaped and arranged. His bold colours, lines and abstractions have their roots in modernism and, in particular, the work of Picasso.

Spekyig Ribawdy and Hieroglyphics of the Face run until 28 May in Block 336, 336 Brixton Road SW9 7AA. Entry is free and the gallery is open from Thursday to Saturday 11am to 5pm. For further information visit www.block336.com

Brixton’s Ritzy among hundreds of cinemas to suspend operations

Pending – the new show at the San Mei Gallery