A serving Metropolitan Police officer was last night arrested in connection with the disappearance of Brixton resident Sarah Everard.

He is an officer in the Parliamentary and Diplomatic Protection Command. His primary role was uniformed patrol duties of diplomatic premises.

A woman in her 30s was also arrested on the evening of 9 March on suspicion of assisting an offender.

Both remain in custody.

Police officers are searching locations in London and Kent including a property in the coastal town of Deal and an area of woodland near Ashford.

The Directorate of Professional Standards, the police watchdog, has been informed and Sarah’s family has been kept updated of these developments, a statement said.

Detective Chief Inspector Katherine Goodwin, who is leading the investigation, said: “We have seen an overwhelming response from the public and I repeat my request for anyone with information that may be relevant to come forward, no matter how insignificant it may seem.”

Assistant Commissioner Nick Ephgrave said: “The arrest this evening is a serious and significant development.

“We will continue to work with all speed on this investigation, but the fact that the arrested man is a serving Metropolitan Police officer is both shocking and deeply disturbing.

“I understand there will be significant public concern, but it is essential that the investigative team are given the time and space to continue their work.” 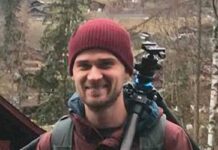 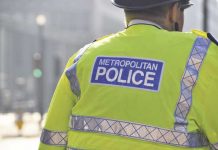