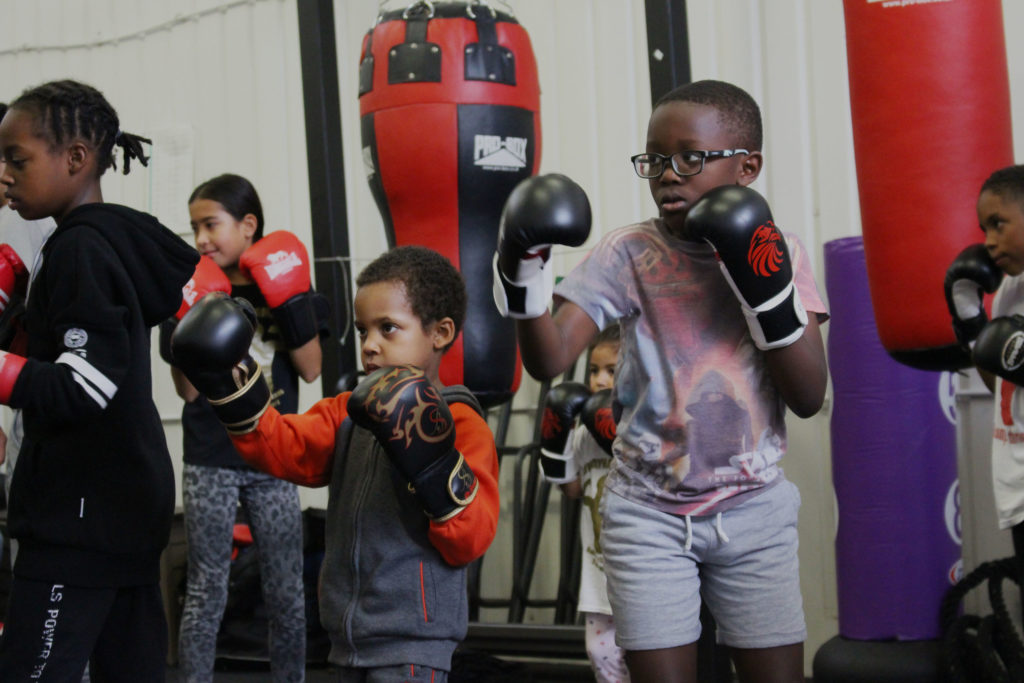 Lorraine Jones founded the Dwayne Simpson Foundation following the tragic death of her son. Having lost Dwayne at just 20 years of age, she was inspired by the young people that he supported and has established a thriving community hub in Brixton to help change lives.

Dwayne had created a boxing and fitness project with the help of a small fund from Lambeth council, running it for a group of up to 30 youngsters a week in Brixton’s Angell Delight Community Centre.

The project brought together young men, women, boys and girls between the ages of 10 and 21, encouraging them to take up fitness and non-contact boxing classes to help steer them away from gangs, knife crime and gun violence.

Dwayne was tragically stabbed and killed in Brixton in 2014. Since then, Lorraine’s driving force has been to establish and grow a unique charitable foundation that continues his work and has helped hundreds of young people.

With the help of her younger sister and ten young people who had been involved in Angell Town, Lorraine ploughed her savings into establishing the Dwayne Simpson Foundation with the support of boxing coach Richard Davis and former boxing champion Errol Christie, who was England’s first Black boxing coach.

A passionate community activist, Lorraine is a church minister, knife crime activist and mother of seven who has turned her pain into action, bringing vulnerable young people together to express themselves positively through sport.

Many of the issues that Lorraine has campaigned on for years are currently being brought into sharp focus by the Black Lives Matter movement.

Lorraine said: “So many stories are emerging from the Black community that expose the need for change, from the injustices done to the Windrush generation and the death of George Floyd, which has sparked protests around the world.

“Our foundation has been involved in meetings and contributed to policy discussions with politicians at national, city and borough levels on education, social housing, wellbeing, policing, criminal justice and community investment for years. We are doing our part, providing a community hub, a safety net and a place of hope and positive impact, bringing people together to address issues and improve health and wellbeing at a local level.”

Dwaynamics offers a space for the whole Lambeth community to come together and support local events including commemorations for the Windrush generation, celebrations and awards to mark the contribution of young people and supporting a range of cultural activities.

The foundation has broadened its support over the years to include educational workshops, employment programmes, placement schemes for young offenders and creative arts workshops.

“This growth prompted a move into a more suitable space and the foundation now works from a railway arch in Loughborough Junction.

Lorraine said: “The transition to the railway arch came at a pivotal time. We needed the space because of the growing demand from people who wanted to use our services – we now have more than 300 youths coming to us.

“Police Commander Richard Wood was a huge help to us, allowing us to use the arch for two years before we took on the lease. We’re a non-profit organisation and funding is always a challenge, so being able to use the arch on a reduced rent has helped us a great deal.

“The team at The Arch Company has been extremely supportive, with regular visits to see the work we’re doing within the community.”

The work the foundation does to help vulnerable people has been even more important over the past three months.

Lockdown has had a huge impact on Dwaynamics, forcing the temporary closure of its fitness centre, but the organisation has stepped up deliver food packages, mental health support and other vital services to people living in the area, which has lost a number of residents to the virus.

Lorraine said: “We’ve made endless calls to our members and our staff to make sure that they are OK and to support them through the emotional and physical impacts.

“We organised online classes to help our members to cope during the lockdown and to support the mental health of young people who have been unable to train with us in person for the past three months. The needs of our community havegrown incredibly during this period.”

At the most difficult of times and under Lorraine’s inspiring leadership, Dwaynamics continues to expand its services, to champion change and to care for the most vulnerable members of its community.

App at the Junction brings the past to life