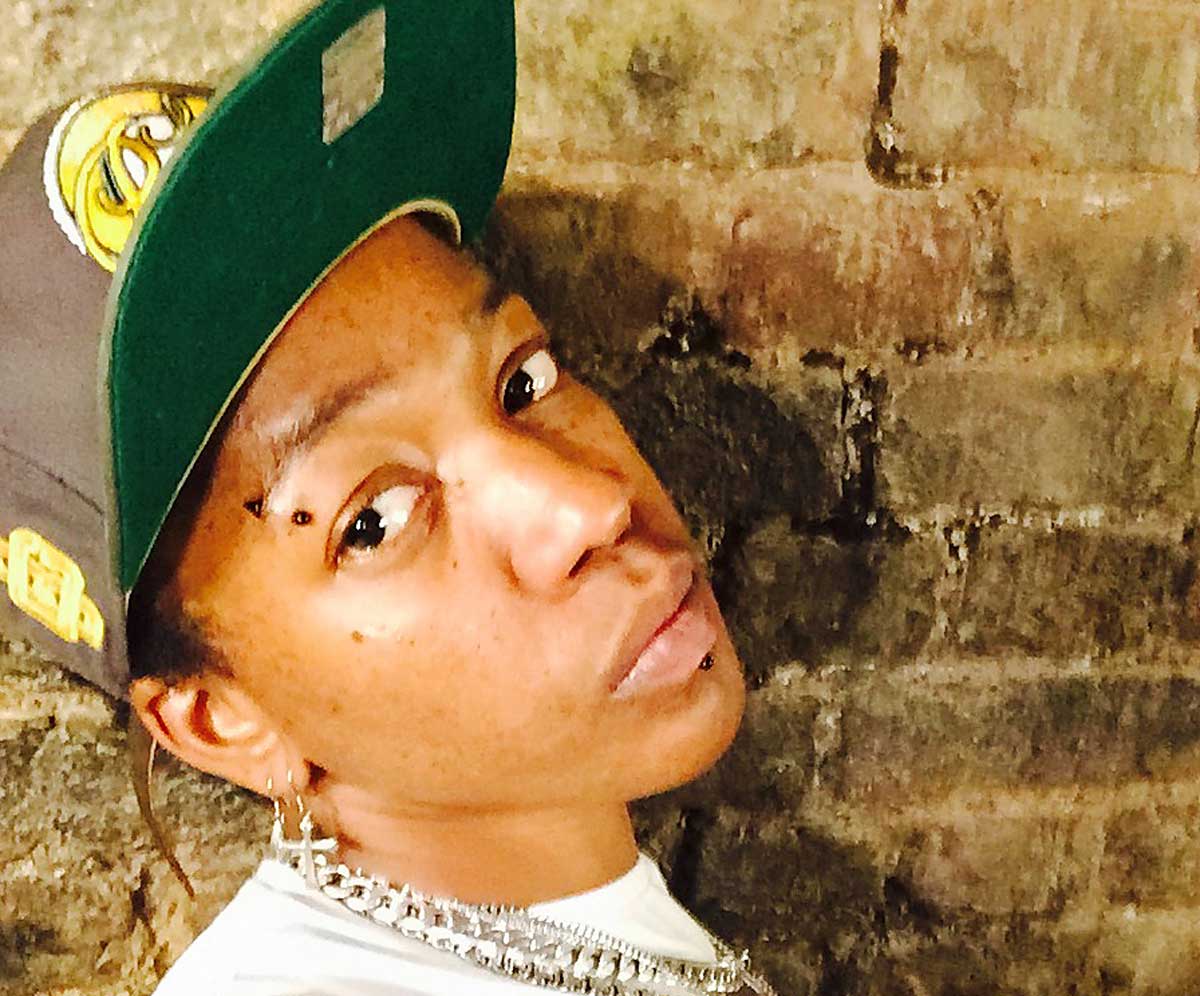 MC Brandy – Afro Chick – was born in Hackney, grew up in Leyton, with a Jamaican mum and a dad from St Vincent, and now calls Brixton her home after living and DJing here for a decade. Interview by Simone Richardson

Brixton is predominantly where she plays. “There’s no other place in London that is as colourful and random as Brixton,” she says.

“There’s always something going on, whether it be packed out club nights, lively buskers or market banter. Brixton is fabulously diverse, with a hub of creative minds. I am so happy to be a part of it.”

Her favourite place of escape is Fish, Wings & Tings in Brixton Village, where she enjoys curry prawns and rice and peas.

She says that growing up with her mum and younger brother was a fantastic childhood and it was her mum that drew her into music.

“My fabulous mum is a true steppa’s queen as she had these foot moves that, to this day, I still can’t copy!”

Brandy believes she has always had a “real, passionate relationship” with music after starting out as an MC on the LGBTQ scene before moving into professional DJing five years ago.

The Prince of Wales gave her the first paid gig. “I haven’t looked back ever since,” she says. “I managed to gain all my DJ resonances by word of mouth and I’m enjoying every minute.”

Born in the late 70s, Brandy feels it was with “music flowing through my veins”.

Both her parents did the underground party scene, hosting events across London. “It influenced a very young me with Sunday sounds on vinyl of lovers rock and 80s soul bouncing back.”

Inspired by the 80s – sounds like Stevie Wonder, Five Star and Michael Jackson, music became a major part of her life.

A more recent retro backtrack to the 90s is her preference as their jungle, garage and RnB make it her favourite era for music.

She says her DJing today is a cross section because “the thing I enjoy most is finding tracks that bridge genres together making sure there is a journey to my whole set.”

Brandy, Afrochick DJ, recalls her favourite moment over the years.“In the summer of 2016 I warmed up for Nenah Cheryl. I was so pumped, I started playing for an empty dance floor but eventually the dance floor was full and everyone was moving to my beat. It was such an amazing feeling as I dropped my last track, Nenah Cherry came over and whispered ‘Girl. That set was on fire’.”

Her invitations to DJ internationally in the United Emirates and Thailand has, she says, “put the cherry on the cake. Roll on 2020.”

But don’t worry, you can still catch her in Brixton at the

Prince of Wales, every last Saturday of the month; also at the POW Club Bang City on various Fridays (The next is 6 March).

She’s at Market House every second Saturday and third Friday of the month.

Her White Horse appearances vary monthly. The next is on 7 March.

Go and dance your head off …