Miss South, whose books, and recipes and reviews for the Bugle and Blog, did so much to put Brixton’s food traders on the map, urges support for the campaign to save Nour

Change is not inherently bad. Many changes in our lives are positive such as new babies, partners, jobs or homes. But human nature only copes well with change when we also have stability. 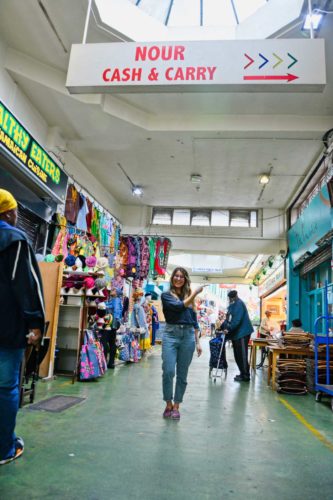 There are those people, places and things that give that sense of stability no matter how old you get or how much you change. In Brixton with all the change of the last decade or so it felt like the Nour was and would always be one of those steady stable presences.

They have survived every rent hike, management change and trend. They have adapted to each new demographic in Brixton welcoming each new diaspora while accommodating all those double income no kids DINKS that cook Ottolenghi recipes. And they have weathered everyone else’s changes by being utterly themselves.

They have genuine authenticity. By doing their thing their way they enable other people to do their thing too. While Brixton Village created polarisation between those who still saw it as Granville Arcade and those who loved each trend making it the toast of Time Out and Brixton Arches seemed to gain a gourmet fried chicken shop for every small trader it lost, the Nour created a place where everyone had their place.

Stand in the queue at the Nour (and after 15 years shopping there I have never totally perfected the art of the queuing system there) and you will see all of Brixton shopping, socialising, flirting and feeding their families.

Everyone is equal there. Everyone is there for the quality, the service and the sheer range of products, but everyone feels the true essence of a local grocer. It fulfils more than just exchanging money for goods. It’s a place to have your culture respected, your food valued and to engage with your community of all levels.

For me the Nour was the first place I felt at home in Brixton. I moved here in 2005 when the council rehoused me when I was homeless. I didn’t know a single person in the area and I had no money. I found the market disorienting with so many stalls and noise and I turned into the small entrance of the Nour from Electric Avenue assuming it would be quieter.

And while it’s hardly restful navigating the narrow corridor of their fresh produce, there was something about the Nour that felt like hospitality and kindness. It was a place I could relax and not have to count every single penny. I could buy good food and not feel constrained but that I had choices again. No one ever looked down on me there.

The ingredients I bought brought back my love of cooking and my confidence, leading me to food writing and the creation of the Brixton Blog and Bugle. I wrote hundreds of recipes for them and the Nour was at the heart of so many. Sometimes I went specially for a specific African, Caribbean or Middle Eastern item only they stocked to finish an idea in my head. But equally often as I stepped aside in an aisle to let someone pass, I saw something that made me feel creative. 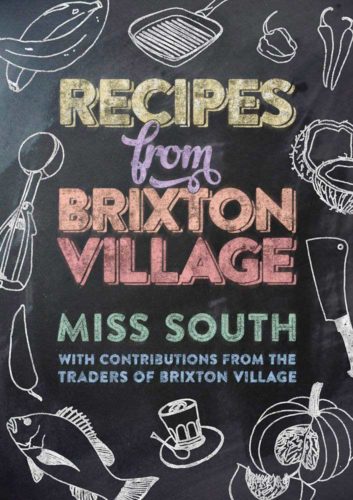 All three of the cookbooks I’ve written were primarily tested with ingredients from the Nour. Shopping there gave me a career in food and freelance writing. I have spent so much time there the staff have asked me where they keep things sometimes. If I worked outside Brixton and took breaks, I’d be welcomed back. In a city the size of London it matters someone notices you existing.

I made friends there, found my career, felt part of a community and always ate well. The idea that somewhere so central to that community won’t be there anymore feels like a genuine loss. And not just because it means buying plantain somewhere else or paying extra, but because the families who work there are going to lose so much more.

Independent shops bring stability and income to their workers as well as communities. They help shape home lives as much as the regeneration of the area. While there’s a space for the places you pop to for special occasions or the big stores that are everywhere it’s the everyday small shops that are the roots.

Closing a place like the Nour cuts off new shoots in a community that is always changing and growing but respecting the elders that nurtured it for more people to come. That change should not overgrow the ground that laid the turf for it. It should be tended but not tamed to the point where it loses its natural features.

Those shelves hold much more than the widest range of rice and spices in Brixton. They hold the ingredients that make up thousands of day-to-day lives in the area and support so many of the restaurants that bring people to Brixton for the night time economy. The Nour pays their rent, they pay their taxes and they feed so much more than just Brixton’s bellies.

Losing the Nour brings more grief after losing shops like the Continental deli and it brings fear that if the Nour can go, what else will Brixton lose? This is why we need to support their campaign to stay and to make the effort to use all our local shops as much as we can. Put your money where your mouth is, because money talks to people who see our community as income not a human resource.

SAVE OUR SHOPS: Show your support on Saturday