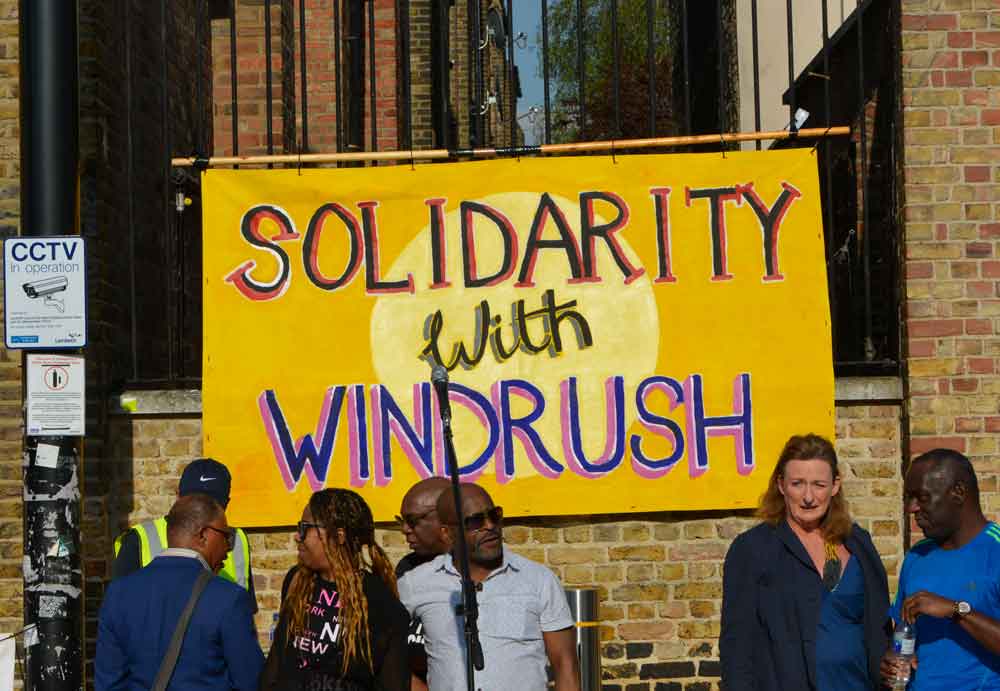 Brixton’s Black Cultural Archives (BCA) is organising a public meeting in Lambeth town hall for anyone affected by the Windrush Scandal on Saturday 18 January at 2pm. There will be an opportunity to put questions to a panel, including specialist immigration lawyers, an adviser to the Home Office, political activist Patrick Vernon, MP Helen Hayes, and Lambeth Councillor Sonia Winifred.

The public meeting will be followed by free legal surgeries every Wednesday and Saturday from January 22 until the end of February to help people access the Windrush Compensation Scheme.

These are the second set of surgeries hosted by BCA to give advice to people who were wrongly detained, denied legal rights, threatened with deportation and, in at least 83 cases, wrongly deported from the UK by the Home Office.

The appointments will be led by immigration specialist legal firm, McKenzie, Beute and Pope which has dealt with a number of such cases since the scandal was revealed.

Free tickets for the public meeting can be booked through the BCA’s website blackculturalarchives.org

The surgeries will start on Wednesday 22 January and run every Wednesday between 5 and 8pm and on Saturday mornings from 10am to noon until Saturday 29 February.

Arike Oke, Managing Director of BCA, said: “We support The Windrush Compensation Scheme but it is difficult to access. It is causing additional trauma to those already made to suffer by asking them to navigate further unduly onerous and unnecessary amounts of evidence to be granted the compensation they are due.”

Ms Oke added: “The landing cards that would have led to citizenship being confirmed should have been in our archives. For our history and our presence in the UK to be held in such scant regard is shocking. We are here to correct those errors in judgment, to correct the emissions and erasures from mainstream history and to reassert that we were here before, we are now and we’ll be here in the future.

“We stand with the people affected by the Windrush scandal in making sure this never happens again, and will be helping them to claim the compensation they are absolutely entitled to as British citizens.”

BCA received funding from the Windrush Justice Fund and The Funding Network (TFN) in order to make these events available to those who need it.