Djofray Makumbu’s story is about a struggle against the odds – how one young man’s talent, determination and hard work brought him artistic success. 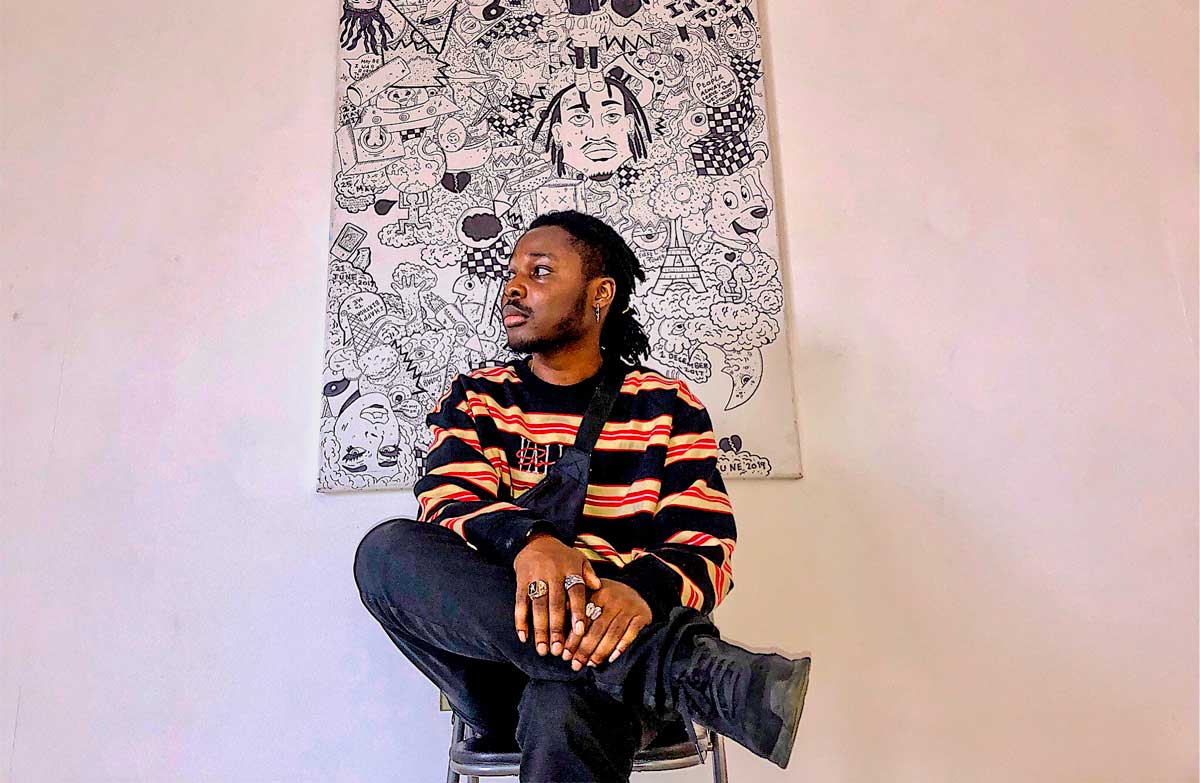 This story is on show in Brixton Library from 1 to 16 October in a mixed media exhibition including painting, animation, film and sculpture that is part of the library’s Black History Month offering.

Born in East London and now in his twenties, Djofray is open about the struggles he has faced from an early age – with dyslexia and with an educational establishment that wanted him to lower rather than raise his sights. But a combination of his own relentless efforts, a forceful mother and a few inspirational teachers, enabled him to win a place to study art at Goldsmiths, University of London where his final year project, Dreams, won the 2018 Alumno/SPACE award. 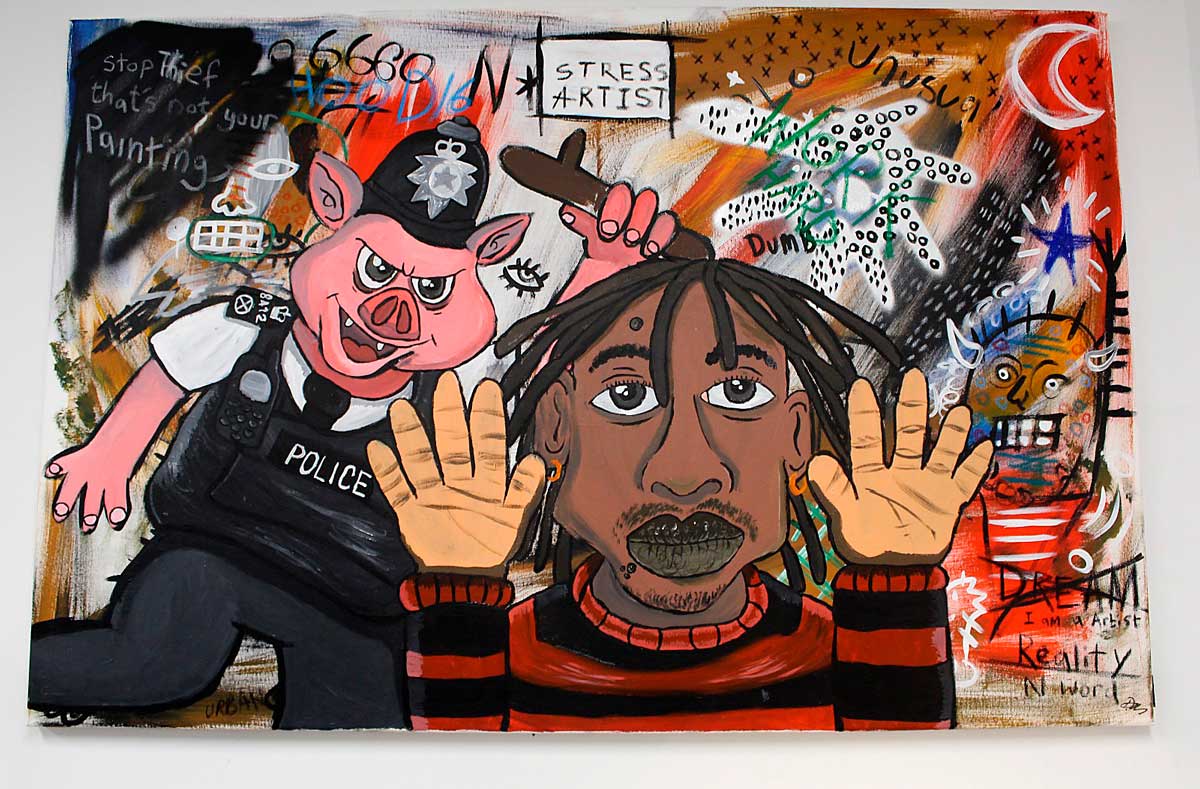 His work tells his story in a very candid way and also reflects and illuminates the stories of young Black men growing up in London. He says his work is “like a diary” recording his life and “things that happen in the community … and because I found it so difficult to express myself in words, I started painting and drawing”

How many artists are stopped by police on the way back from their own art show on suspicion of having stolen the work? I am fairly sure that it would only be a young Black male. Djofray’s painting Stress Artist (above) shows in very stark and uncompromising visual language how it feels.

Djofray knows he has been lucky. His life could have turned out very differently. Two Paths is a painting which shows how risky and fraught life can be for young men like him. Just as he is open and honest about his personal struggles, he does not shy away from problems like knife crime and how dangerous life can be on the streets of London. 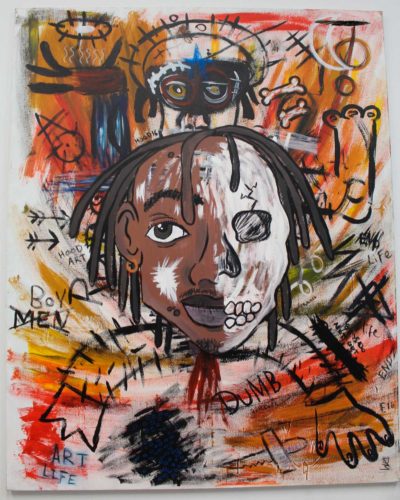 He talks at first hand about family members getting hurt and losing friends though stabbings and how these traumas find expression in his work. Mistaken Identity is an animation with a very sobering message about how easy it can be to be in the wrong place at the wrong time.

Djofray is at home with a variety of techniques and media. His paintings and illustrations are bold, colourful and energetic, echoing the best of comic book and cartoon art. But there is also a surprise in the show – a first outing for a major piece of work.

He is an inspiring young man. Despite so many obstacles and pitfalls, he never gave up his dream of being an artist. He might in turns be angry and sad about what is happening in his world, but his is also a positive story of hope. It’s worth seeing.

mugabe, my dad & me – opening play at Brixton House