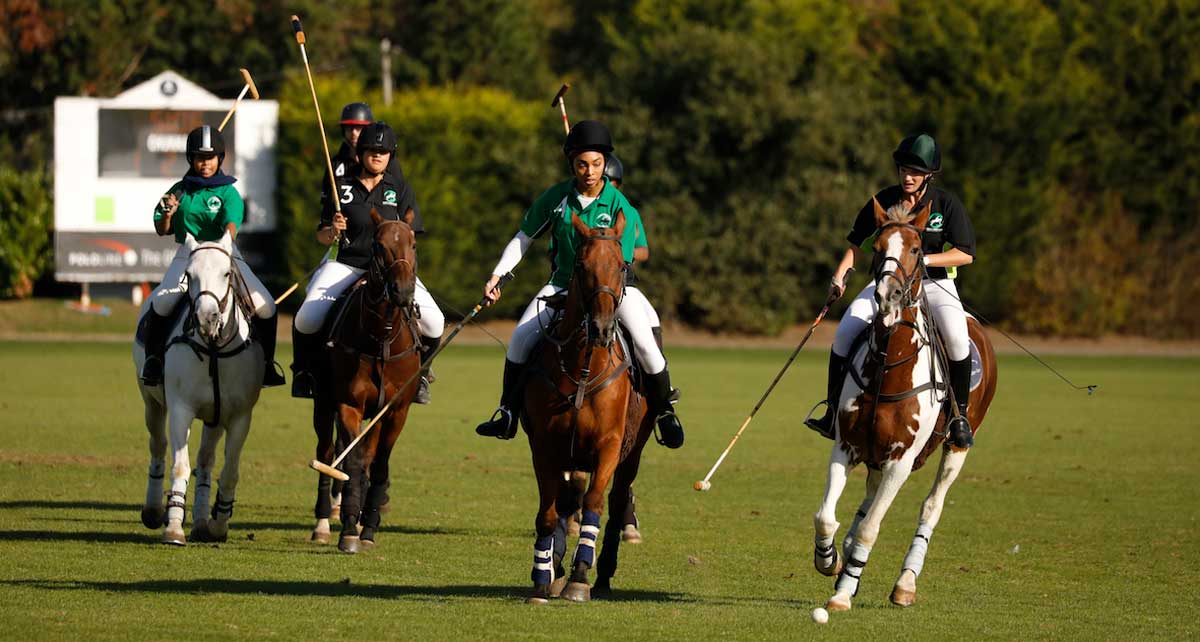 A fundraiser for Brixton’s Ebony Horse Club takes place on Saturday 28 September at Ham Polo Club. Friends and supporters are being urged to take part in a fun day out for a good cause at London’s last remaining Polo Club.

To celebrate the end of the season Ham Polo Club are hosting an unusual day of polo in aid of the South London charity. Young members from Ebony Horse Club will face off against a team of the Brixton charity’s staff and volunteers. After a brief pause two teams of polo pros will take to the field.

It was at the Ebony Horse club that Khadijah Mellah began her racing journey which ended on 1 August with her winning the Magnolia Cup at Goodwood and becoming the first jockey to ride in a race in Britain wearing a hijab.

Hosted by Ebony Horse Club Patron, Ronke Phillips, Senior Correspondent at ITV London, and featuring an auction by ITN’s Alastair Stewart, all proceeds from the event will go to the charity which uses horses to help transform the lives of young people in south London.

Ebony Horse Club Patron, Ronke Phillips said: “I am so proud to be a patron of Ebony Horse Club. I’ve watched the charity and its incredible members go from strength to strength over the years. It’s been a gamechanger for the young people of South London – especially when you see the positive impact the club is having.

“Not only do young riders have the opportunity to learn new skills by training for, and taking part in, the polo match, it is also a fantastic day to invite guests to come and support the club, and celebrate in the success of the young riders.” said patron, Ronke Phillips.

Susan Collins, Chair of Trustees at Ebony Horse Club, added “Last year’s event raised enough money to pay for nine children from low income families to get the chance to be around horses.

“One day, they might be on our polo team, or even winning a race at Goodwood! Whatever happens, we’re there to help, support and make sure they have better futures.”

Last year, Khadijah Mellah was a member of the polo team, and is now the subject of an ITV documentary, Riding A Dream, produced by ITV racing presenter and Ebony Horse Club patron Oli Bell, to be shown in the Autumn.

Just a short hop from Richmond station, Ham Polo Club is London’s last remaining polo club. Gather your friends for a welcome drink and then enjoy lunch in the clubhouse, or alternatively bring your own picnic.

Tickets start from £20 (children under 12 free)

See Pedro at the Lido