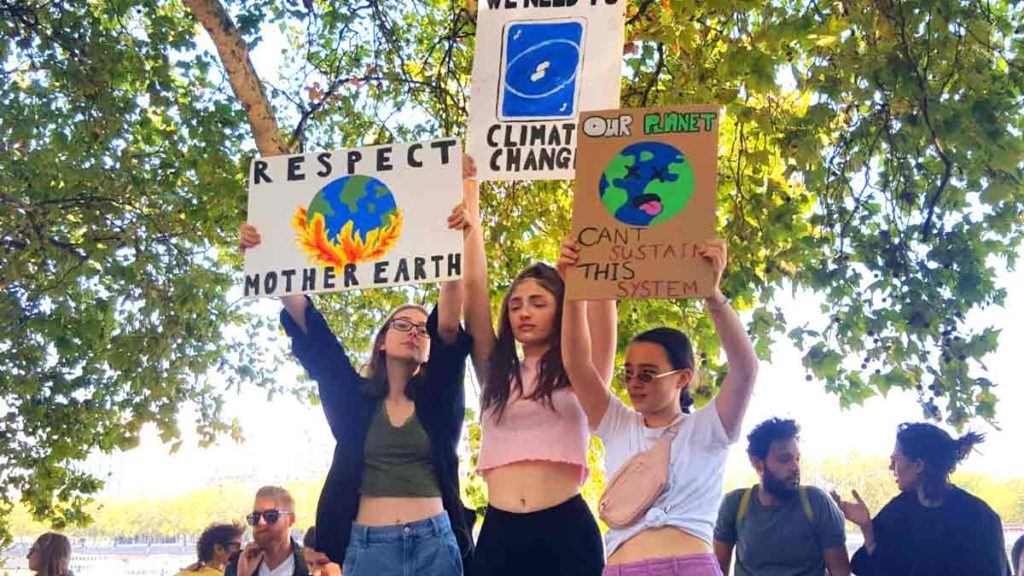 Hundreds of people rallied in Brixton today (20 September) before joining the Global Climate Strike with millions across the globe.

Around 250 people, both young and old, gathered in Windrush today, using speeches and chants to demand urgent climate action. 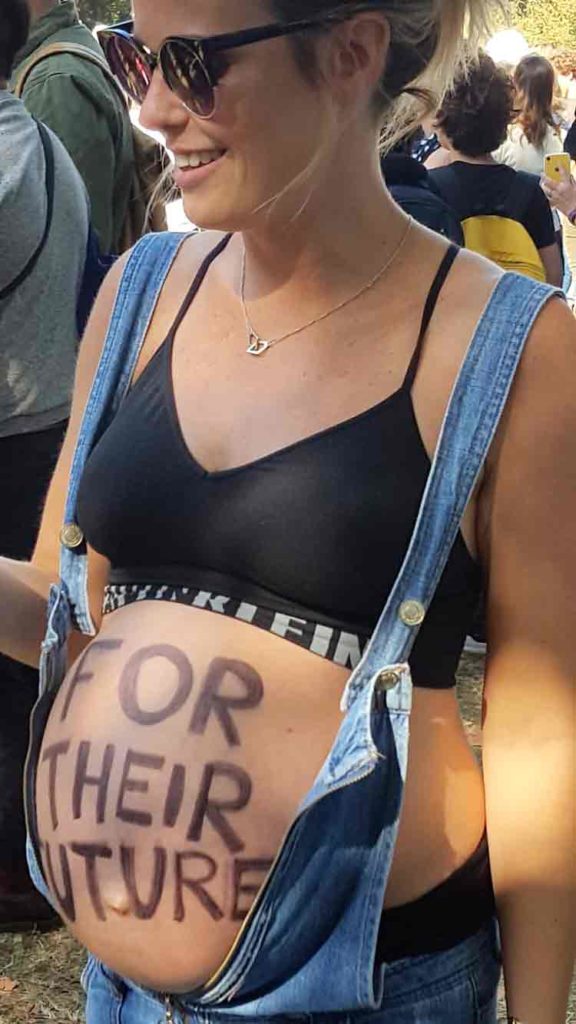 “I think what today is about is that ordinary people actually have a real role to play in fighting against climate change,” said Extinction Rebellion Lambeth’s Richard Donnelly, who helped to organise the rally in support of a strike by Lambeth members of the trade union Unison.

Brixton MP Helen Hayes (Lab, Dulwich and West Norwood) spoke of the urgent need to act and praised the children present for making a difference and standing up for their futures.

Speaking to the Brixton crowd, Cllr Claire Holland, Lambeth council’s deputy leader, vowed that the council would take steps to reduce its carbon footprint to become carbon neutral in 2030.

She called on the whole community to help bring this goal to fruition, stating: “We have to work with our trade unions, businesses, climate groups, residents and with our communities because we can only do this if we tackle this emergency together.” 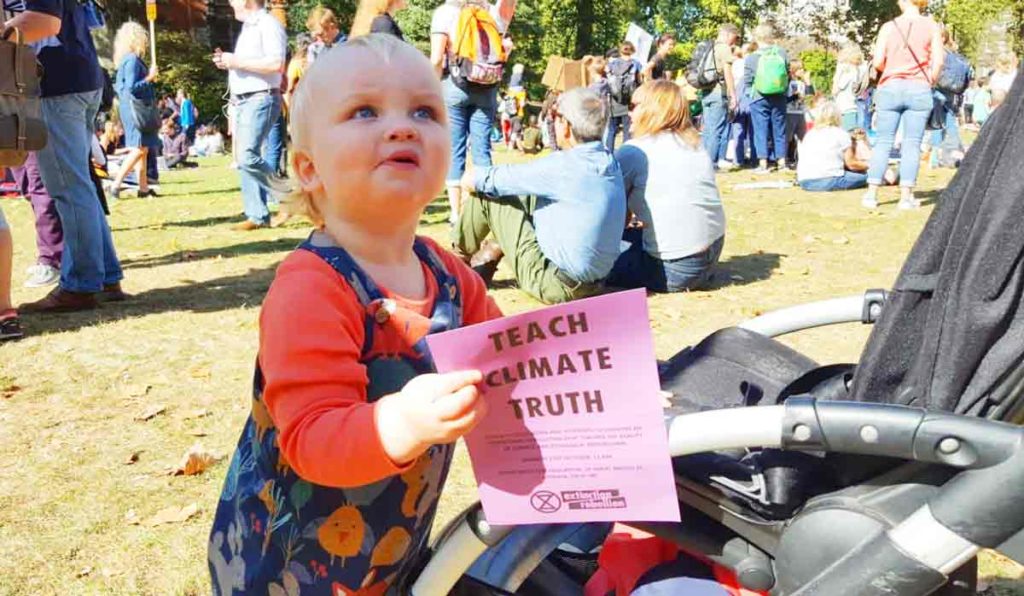 Lambeth council was the first London borough to declare a climate emergency yet, controversially, did not give its school pupils automatic time off to take part in the strike.

In response to the council decision, a spokesperson for Extinction Rebellion said: “At the same time council officials are being encouraged to join the strike, schools in Lambeth are being told there’ll be penalties for those who do. It’s still too much mixed messaging.

“We’d like to see Lambeth supporting the strike in every way and that does mean accepting that students will want to take part in this because it’s about their future and it’s their right to strike.” 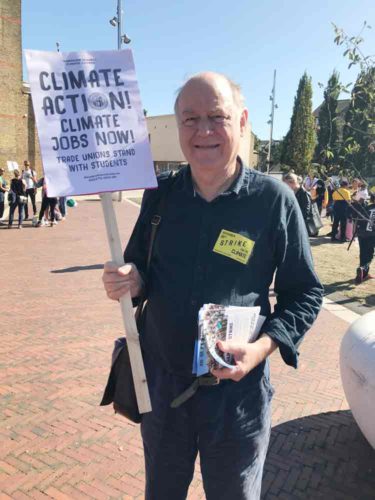 Despite this there was a large number of local school children at the rally. They carried home-made signs with pride and were seen interviewing union and council members about what they could do to help fight climate change.

Richard Donnelly said this should encourage others to follow their example adding: “Look at the tens of thousands of students who are risking disciplinary action from their school and take inspiration from it.”

Laura Pearson brought along her two-year-old son Leo. “I’m starting him early!” she said. “He doesn’t understand yet, which kind of breaks my heart – he has no idea why we’re here or what is at stake.

“I find myself in a state of anxiety about my son’s future. We’ve adopted a plant-based diet and we’re trying to do our bit, but it’s the huge corporations and the government that really need to act.”

Fleurie Forbes said she joined the rally because she could no longer sit by and do nothing and urged other residents to do the same encouraging them to take “any action in the right direction, however big or small.” 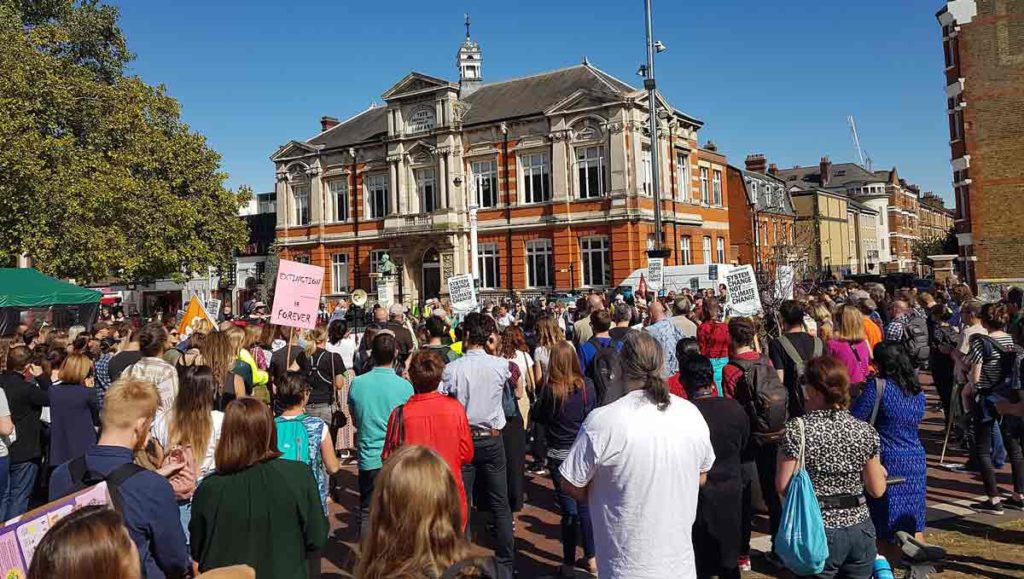 In a statement to Brixton Blog, Claire Holland said: “Young people across Lambeth are passionate about the need to act now to avert climate disaster and to save our planet. We are encouraging schools to hold events across Lambeth today and have supported events in Lambeth town hall and across the borough.”